The Liverpool Sports Forum, in partnership with Liverpool City Council, has recognised the contribution of boxing in the city with several award winners and finalists at their annual awards evening, held at the prestigious St. George’s Hall.

Rotunda ABC were the winners of the Active Community Award for their Inclusive Boxing Hub, which provides sessions and support for people with autism.

James Gibbons, who is a participant at these sessions and also supports the development of other members, was recognised as the Young Active Achiever.

Golden Gloves coach Wayne Smith was awarded Coach of the Year for his community work in supporting young people from the Toxteth area of the city.

In particular, he helped a young female member of the club in developing confidence and self-esteem after dealing with long term bullying.

Anfield Boxing Club were nominated for their ongoing Real Men Don’t Carry Knives Project, which has continued to highlight the dangers of knife crime and its impact, and has been successful and helping a number of young people leave the gang culture within Liverpool.

Tuebrook ABC official Alex Leslie was also a finalist in the Lifetime achiever category – the octogenarian is still an active official refereeing and judging across the region and country, a service he has performed for over 60 years.

“Liverpool is a hotbed for our sport and the Sports Forum and City Council have consistently supported the Merseyside and Cheshire Region, its clubs, projects and participants. Their contribution cannot be understated.

“They understand the value that boxing has to offer to communities in a whole range of areas and this has been reflected in the award selections.

“I would like to congratulate all the winners and finalists and thank them for their contribution to their communities and the sport of amateur boxing.”

England Boxing’s Merseyside and Cheshire Secretary, Paul King, added: “The Mayor of Liverpool’s Community Fund has supported all of the clubs and individuals involved in this exceptional return and recognition of awards for members in the area.

“This essential partnership has therefore proved to be working and is indeed inspirational, as I have seen personally from visiting the Rotunda Autistic Hub on numerous occasions.

Check out the range of boxing apparel available from England Boxing’s official clothing suppliers FBT in the shop. 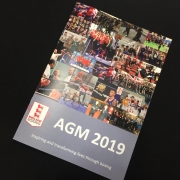 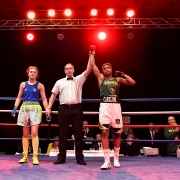 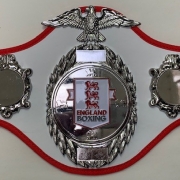 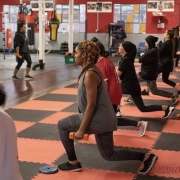