England Boxing has launched a RESPECT campaign, urging boxers, coaches, club support staff, parents, spectators and officials to show greater courtesy to each other – particularly at tournaments and shows.

Competitive boxing in England is thriving, reflected in a record 34 international medals won by the Talent Squad across the age groups last year.

Conversely, though, the number of referees, judges and other boxing officials is shrinking year on year, with criticism and verbal abuse understood to be a big factor.

The campaign has featured two main slogan: ‘RESPECT – plain and simple’ and ‘Think before you Speak.’ 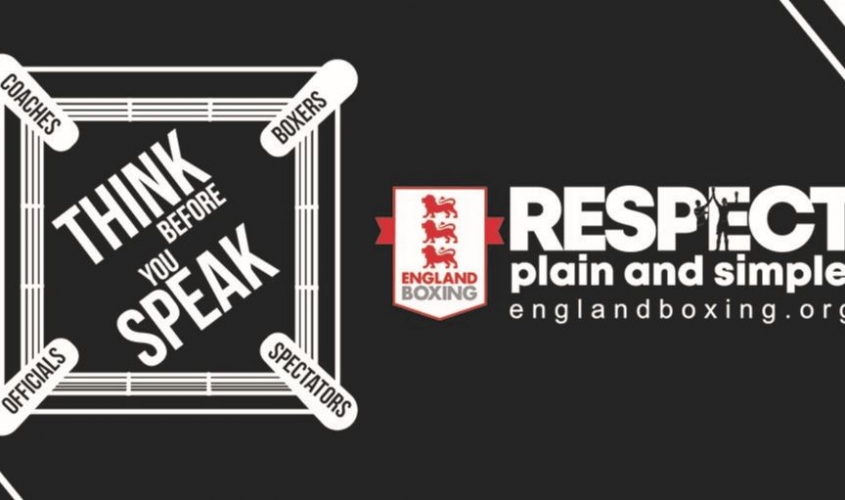 In a bid to reinforce the RESPECT campaign, England Boxing has distributed a range of materials to member clubs to help them support the message in their venues.

Each club received an email with key messages to promote to their members, while A4 posters and social media branding has been uploaded to the Vault.

Access the promotional materials in the Vault by clicking here.