You are here: Home / About England Boxing / What We Do
Share

England Boxing is the National Governing Body for the sport of Boxing in England, overseeing more than 900 affiliated clubs and more than 17,000 members spread across the country.

The organisation carries out a number of functions including overseeing the safety and welfare of members, child protection and compliance, coaching courses, DBS checking and promotion of boxing to potential new members, enforcing rules and regulations and providing a talent pathway for boxers who excel.

England Boxing also organises and administrates a number of national and regional competitions for Elite, Youth, Junior, Schools and Development Boxers, as well as an annual Three Nations tournament and a female-only Box Cup.

There are also organisations who represent the interests of the British Police, the Royal Navy and Marines, the British Army and the RAF.

A team of club support officers – one per region – is also on hand to assists clubs with the day-to-day running of their facilities, helping to seek and secure funding for new projects that range from providing mental health awareness and tackling knife crime to putting on sessions for people with Parkinson’s and organising lunchtime clubs during school holidays. 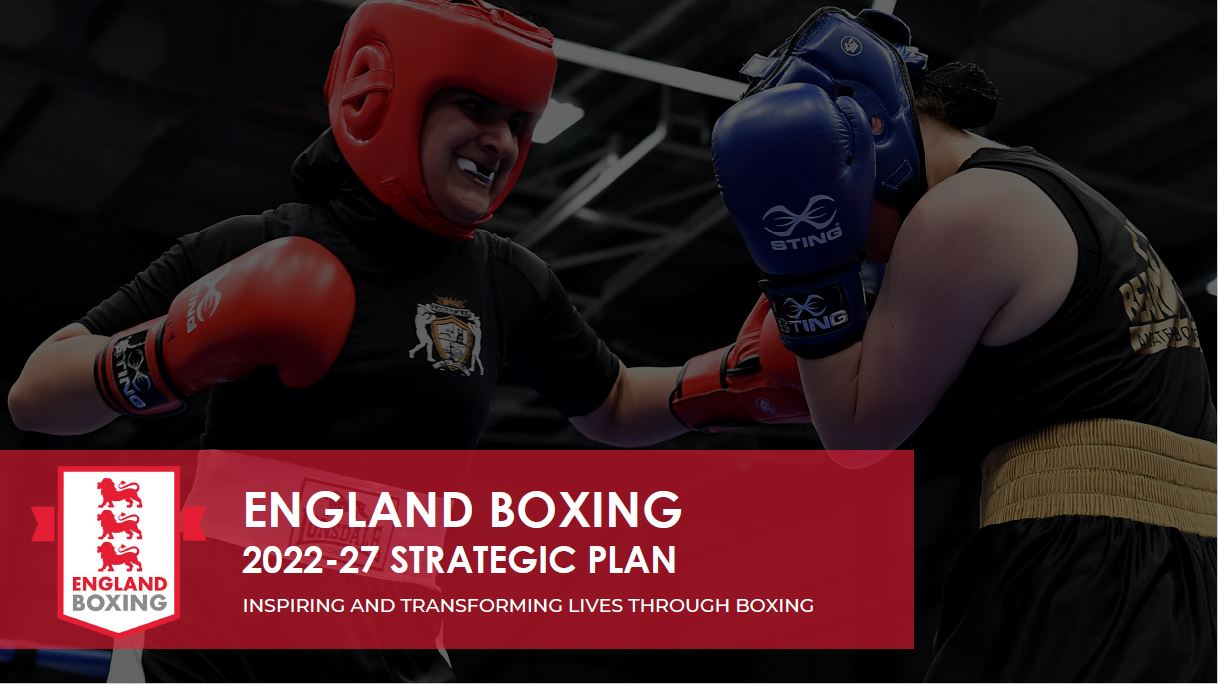 The 13-page document outlines ambitious plans for how the national governing body for amateur boxing in England will build on the progress made in the 2017-2021 strategic plan, and the continued great work from so many in the sport, as it emerges from the Covid-19 Pandemic.

Recognising that boxing has the power to bring communities together with its uniquely powerful ability to engage people from different backgrounds and connect them, the strategy outlines  in detail the work that will be undertaken over the next five years to help support the clubs in fulfilling this opportunity.

It has been put together following consultation from a host of partners and stakeholders, not least member clubs, who are located in the heart of the communities they serve and run by people who know and understand the issues and challenges being faced by their members every day.

The plan is built around four objectives of A Thriving Boxing Community, An Inclusive Diverse and Accessible Sport, An Inspirational and Aspirational Talent Pathway and A Respected and Valued NGB.

You can read the plan in full by clicking here. 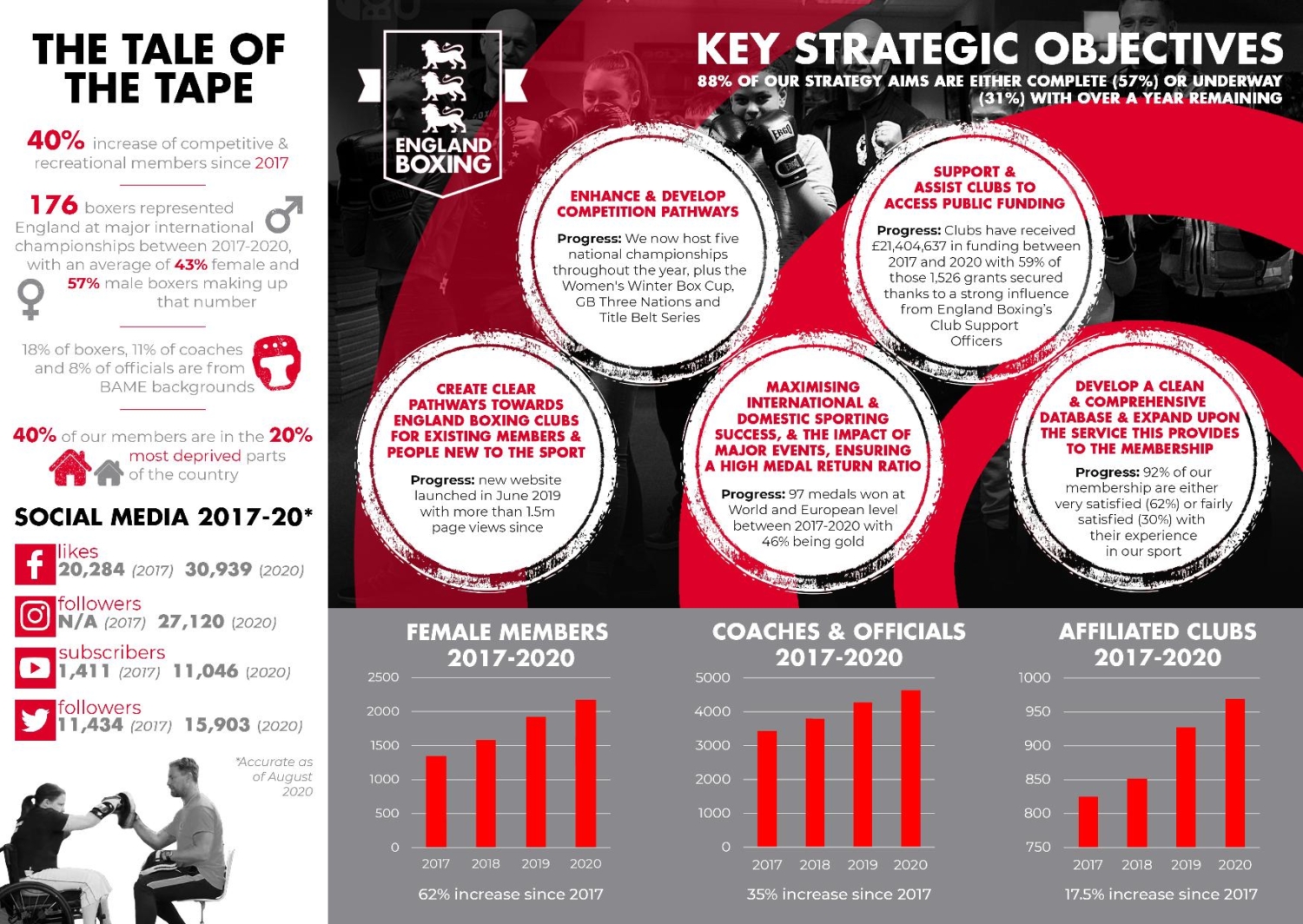 The work of England Boxing is closely monitored by sub-committees that include those for Medical, Audit, Technical, and Rules, Referees and Judges, Performance and Coaching, Clubs, Membership and Development, Compliance, Legal and HR, Commercial, Communications and Championships.

You can view who is on each sub-committee.

These sub-committees meet at least three times a year to check and challenge the work of England Boxing employees against the organisation’s strategic Plan for 2022-27: Inspiring and Transforming Lives through Boxing.