England Boxing has been deeply saddened to learn of the death of Home Counties Medical Registrar Mel Corrigan.

A popular and well-known member of the amateur boxing community, he was a long-serving coach at Berinsfield ABC, in addition to his regional duties.

Corrigan was also a judge, often officiating alongside wife, Marge, including at National Championships.

The Oxfordshire club posted on Instagram: “No words can thank you enough for everything you have done! Changed lives, made champions. Changed lives and set up a legacy that we must continue with. Always in our thoughts Coach x.”

“There’s no doubt that I wouldn’t be doing what I’m doing today if it wasn’t for Mel taking me under his wing and keeping pushing me,” he said.

“All I ever wanted to do was box or go into the military and, when I got injured, I couldn’t do either. It was a tough time, but Mel kept me going and started me on my coaching journey when I was 19, and I spent 10 years with the club.

“I was about 14 when I started and it was quite a small gym then which we shared with the scouts, but he built it up alongside Marge. They made a great team.

“The two of them epitomised what boxing volunteers are like – they helped you in any way they could, not just in the boxing gym.

“There are thousands of young people who have gone through the gym under Mel, and are much the better for it. He was like a second father to me and there were other kids in the gym who didn’t have the best of home lives and he was their father figure too.

“He was a larger-than-life character and was one of those people who could light up a room. You can see just how highly he was regarded my how many posts on social media have been put up since the news.

“I will be forever grateful to him and he will be sadly missed.”

England Boxing Membership Services Manager, Lynette Mayo added: “Mel was a very well-respected of the boxing community and a good friend and listener.

“He took over the Home Counties registrar duties around 2015 or 2016 and worked very hard in that role.

“My favourite memory of him was when he first took over as registrar and I went down to his house to help train him.

“After a long, six-hour journey down and hitting lots of traffic, I arrived to find he and Marge had laid on cream cakes to cheer me up!”

England Boxing would like to offer its sincerest condolences to all family and friends at this difficult time. 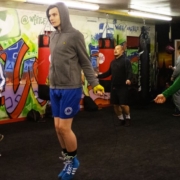 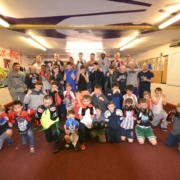 Why clubs need your support to #KOCOVID19: Whitley ABC