The strength in depth of junior boxing around the country was underlined when honours were shared around at the weekend’s England Boxing National Junior Championships 2022 (26th and 27th March), held at the Guildford Spectrum.

All 11 regions enjoyed at least one title victory and boxers from 44 different clubs won the 51 titles on offer.

The highly-competitive nature of the Championships was further reinforced by the fact that only eight clubs – Seacroft, Powerday Hooks, West Ham, Sharpstyle, Pinewood, Repton, North Road and Camberley – won more than one title, and none won more than two.

“It was fantastic to see so many people have a great time at the Juniors over the weekend, and we at England Boxing appreciate all the hard work that has gone in from so many people to make it happen,” said England Boxing’s Interim Chief Executive Officer, Charlie Ford.

“The fact that no one club or region dominated shows that there are so many clubs producing quality boxers, some of which will now go on to compete at the Junior Europeans in September.

“Our congratulations go to not only the winners, but all those boxers who have made it this far, as that is quite an achievement in itself given the level of competition.”

Open Class champions were rewarded with a championship belt, while Cadet boxers won a gold medal.

Finalists in all classes picked up silver medals and losing semi-finalists bronze medals, while all boxers received certificates in recognition of their efforts.

The event was open to spectators and was also streamed live on YouTube.

Female boxers of the tournament, as selected by the team of watching England Talent coaches, were Faye Marshall (Cadet, Walsall Wood, Under 60kg) and Alice Pumphrey (Open Class, Purge, Under 52kg).

The female bouts of tournament were Grace Shire (Arena) v Faye Marshall (Walsall Wood) at Under 60kg in the Cadet category and Nancy Shepherd (Kent Gloves) v Monae Smith (Sharpstyle) at Under 57kg in the Open Class.

The male bouts of the tournament were Jaylan Howell (St Mary’s) v Leo Myers (Phil Thomas) at Under 46kg in the Cadet category and Harry Penny (West Ham) v John Tom Varey (Box Smart Elite) at Under 44kg in the Open Class. 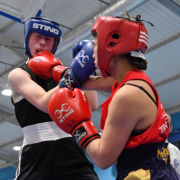 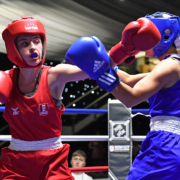 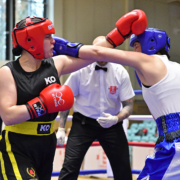 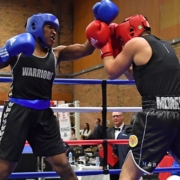