Great Britain enjoyed a perfect day at the European Olympic Qualifying tournament – with no less than five boxers booking their Tokyo places and three more advancing to the quarter-final stages.

It was a remarkable run of success for the Home Nations athletes, who were in superb form across the two sessions in Paris.

Luke McCormack (pictured above) set the ball rolling as the first GB boxer to take to the ring in coming through a gruelling encounter with Turkey’s Tugrul Erdemir at men’s lightweight (under 63kg).

The Birtley boxer, whose brother Pat is also hoping to confirm a place in Tokyo, celebrated in style when he was announced as the winner – the first Great Britain contender to seal his Olympic place in Paris, Galal Yafai and Peter McGrail having already done so at the suspended tournament in London last year.

The Clarkes – heavyweight (Under 91kg) Cheavon and super-heavyweight (Over 91kg) Frazer – were also in action during the morning’s preliminary bouts and both advanced.

Gravesham’s Cheavon was seeded third for the tournament and lived up to that status by overcoming Narek Manasyan of Armenia. 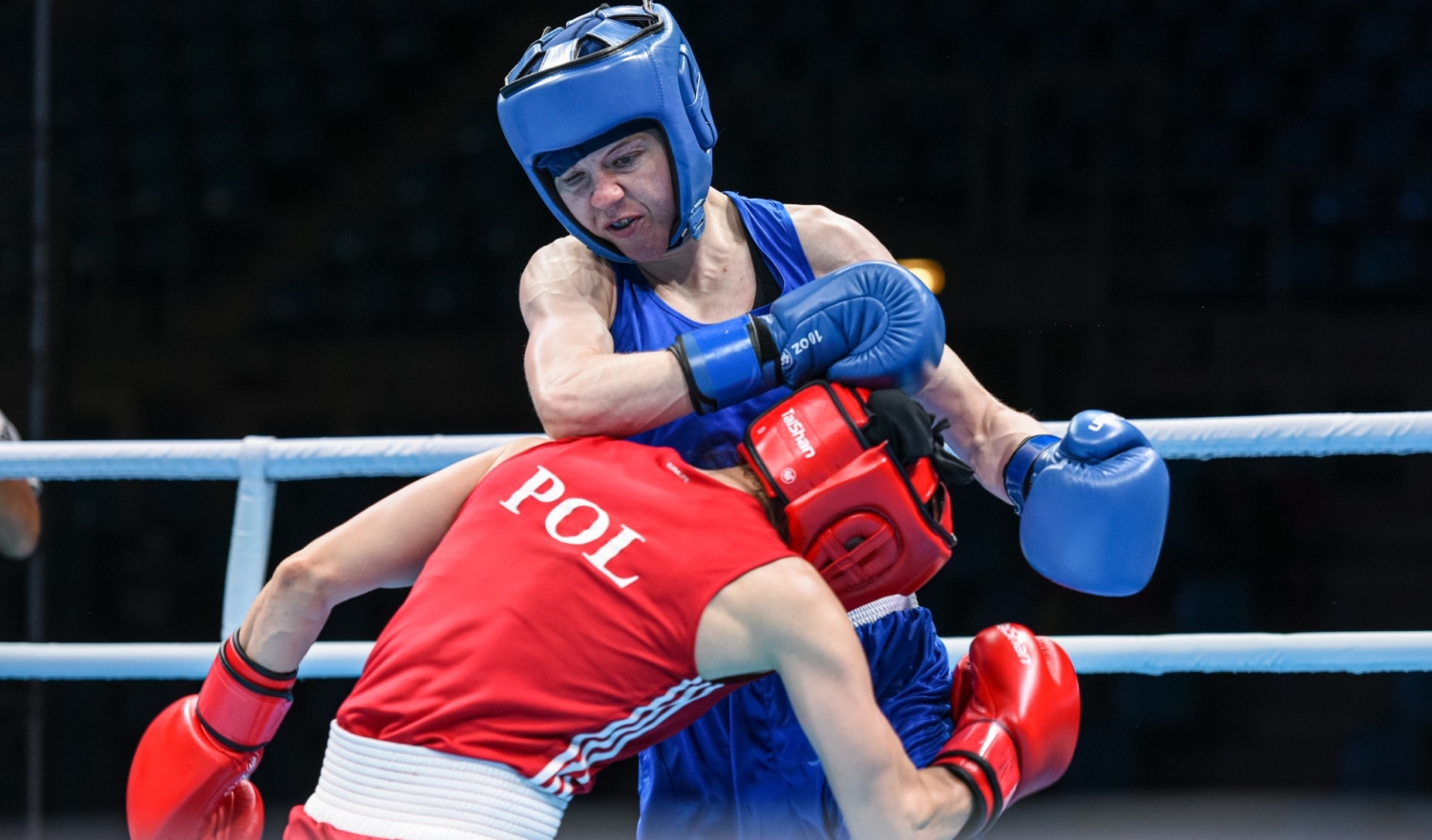 Mum-of-three Charley Davison (pictured above) – who retired to have children but then made a comeback by winning the England Boxing National Amateur Championships in 2019 before being brought onto the GB programme –  was first up and didn’t disappoint.

The Attleborough boxer secured a unanimous victory at flyweight (under 51kg) over Polish third seed Sandra Drabik to seal her place in Japan next month. 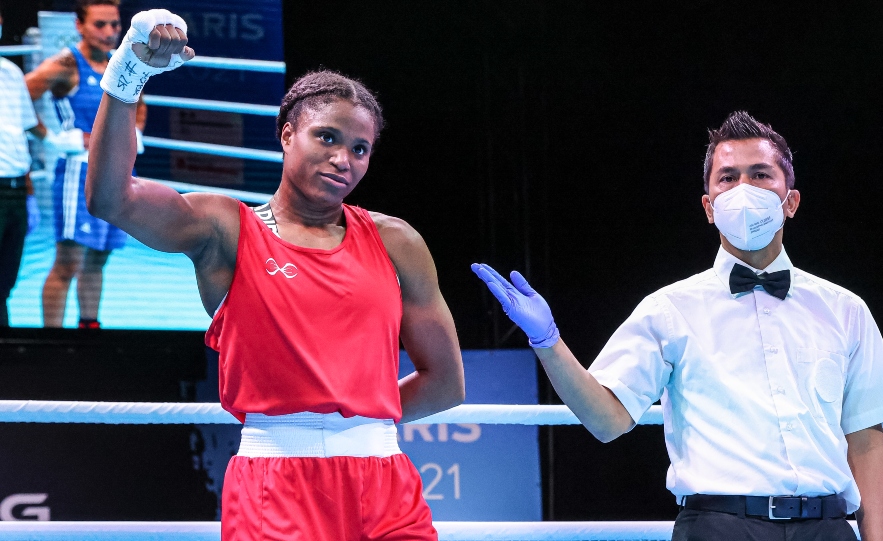 Repton’s Caroline Dubois (pictured above) – unbeaten during her Youth and Junior career – lived up to her burgeoning reputation with a display that oozed confidence in her win over Italy’s Rebecca Nicoli.

The 20-year-old lightweight (under 60kg) controlled her bout to run out a unanimous victor, ensuring her success over number one seed Mira Potkonen the previous day did not go to waste. 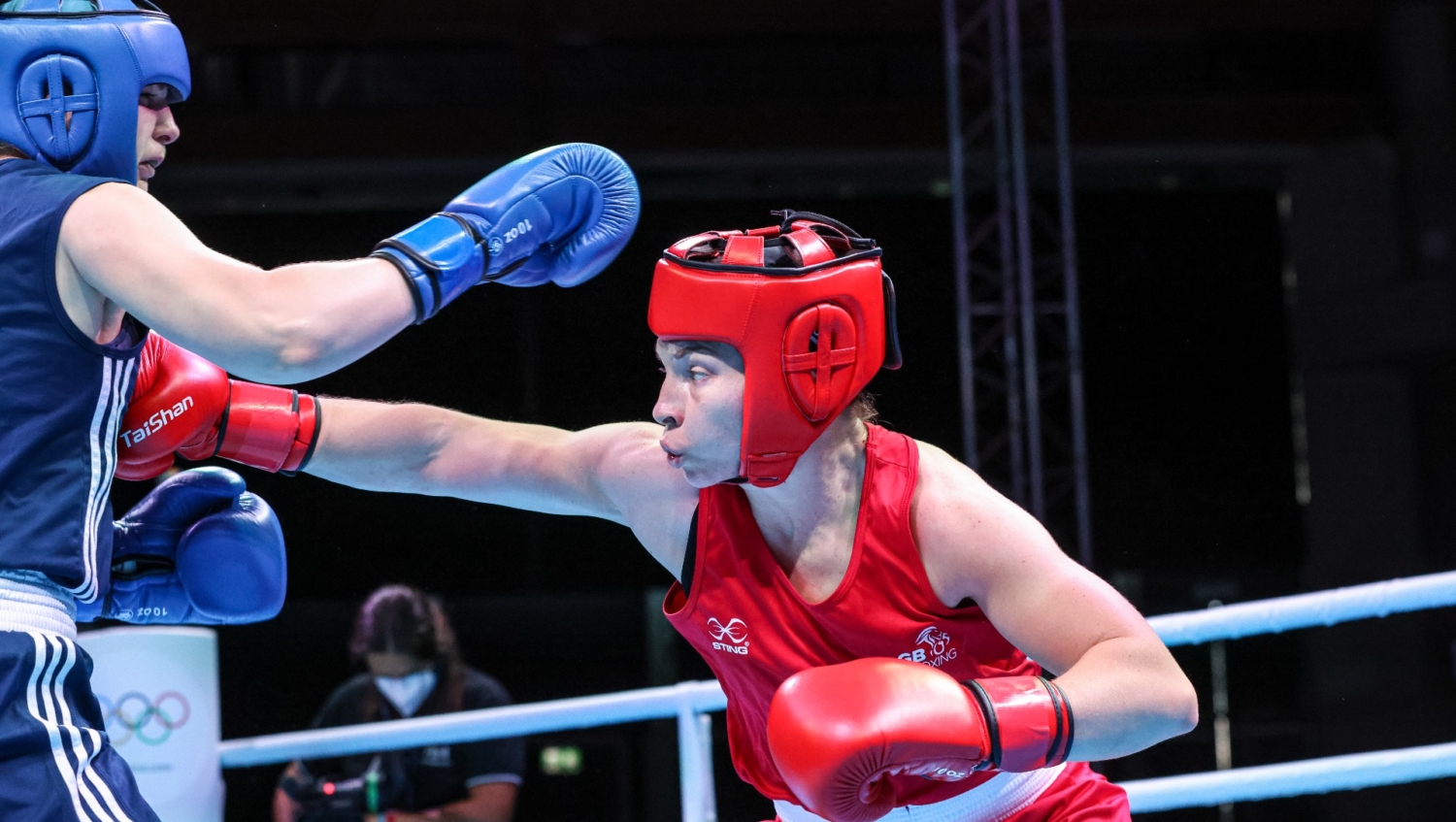 Wales’ Price (pictured above) – the only non-English boxer among the GB contingent – was equally assured in her quarter-final win over Ukraine’s Anastasiia Chernokolenko.

Her punch speed proved to be her key ally as the reigning world champion had few problems in underlining why she had been seeded number one in the Middleweight (Under 75kg) division.

Although already through to Tokyo, Yafai helped his cause further in terms of seeding as he overcame Koryun Soghomonyan of Armenia.

The number three seed, from the Birmingham City club, is now through to the final four at Flyweight (Under 52kg). 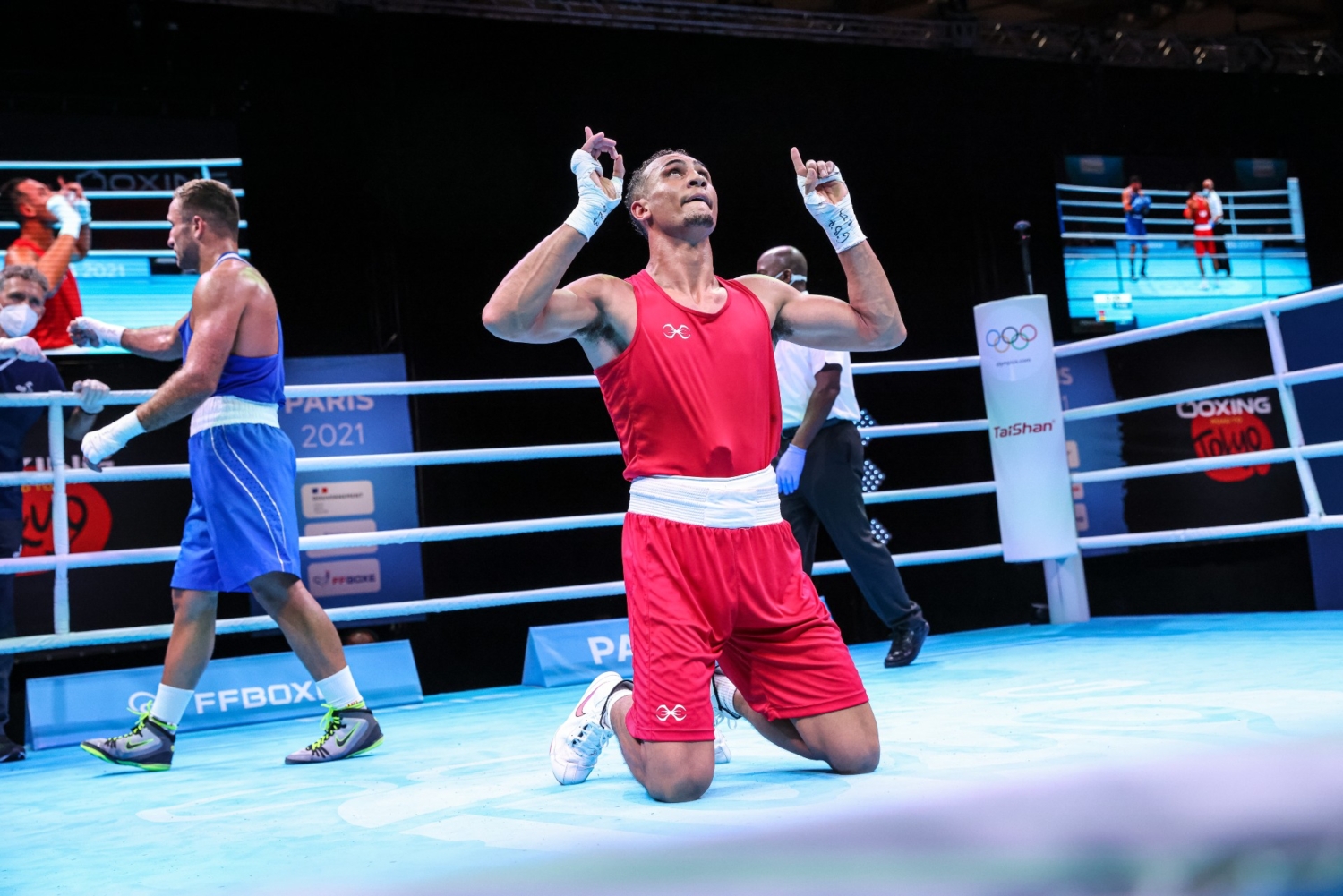 Making it eight out of eight as the last GB boxer into the arena was Firewalker’s finest, Ben Whittaker (pictured above), at light-heavyweight (Under 81kg).

His bout with Sweden’s Liridon Nuha was a physical affair that saw plenty of mauling.

But Whittaker was able to get in the cleaner shots and did enough to convince all five judges that he was the better boxer, earning a unanimous win.

Six boxers from Great Britain are in action tomorrow when four of them will have a chance to secure qualification for Tokyo. 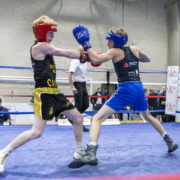