The England Boxing Talent Programme’s year has been littered with superb successes, but here are five of the biggest.

Caroline Dubois – The Repton boxer had a stunning 2018 in her first year in the Youth category with a hat-trick of major titles at the highest amateur level, winning the European, World and Youth Olympic titles with a string of assured performances.

Her success in the highly competitive 60kg weight band has not gone unnoticed, with her recognised as SportsAid’s One to Watch – a prestigious accolade never before bestowed upon an England boxer.

Her achievements have made her England’s most successful female youth boxer ever and the first to complete a seasonal clean sweep of titles from national through to Olympic level.

Hopey Price – The Hunslet boxer, who competes at 52kg, was another to seal Youth Olympics gold in Buenos Aires in October.

That triumph, along with those for Dubois and Karol Itauma, meant that Great Britain finished second in the boxing table behind Russia and provided the only gold medals won by the British deputation in Argentina across all sports.

Earlier in the year, Price had claimed European gold and World silver at Youth level, in addition to the National Championships title.

Gemma Richardson – Part of the ongoing success story that is Scunthorpe Boxing Club, the 64kg boxer triumphed at both the European and World Youth Championships.

She also won the National Championships and became a category winner at the first ever England Boxing Women’s Winter Box Cup earlier this month.

The Scunthorpe success has not stopped there, either, with Richardson’s club-mate Ebony Jones winning gold at European Schools Championships.

Royston Barney-Smith – The Pinewood boxer re-wrote the history books as far as England boxers are concerned by coming the first to win back-to-back European Schools Championships.

His feat at 50kg helped the England team which travelled to the Euros in Bulgaria in May win 10 medals from 19 boxers who took part.

Courtney Scott – A stellar year saw the 52kg boxer claim a gold medal at the European Junior Championships, a performance that also meant she was named as Female Boxer of the Tournament.

Like the Schools squad, the Juniors were also hugely successful as a team, with 12 out of 19 boxers winning medals, leaving them second in the medal table only behind hosts Russia.

The Headland ABC boxer also won her category at the England Boxing Women’s Winter Box Cup, plus the National Championships. 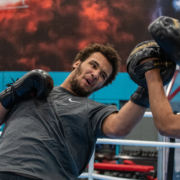 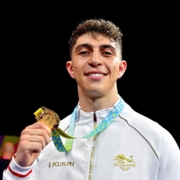