Elise Glynn celebrated her 18th birthday in fine style as she was one of four victorious England boxers out of the five to compete on day two at the EUBC European Youth Championships 2019.

The Hook and Jab boxer (pictured above) stormed to a unanimous 5-0 points success in Sofia, Bulgaria against French opponent Sthelyne Grosy at 57kg.

Current World Youth champion Caroline Dubois got her campaign off to a scintillating start at 60kg as the Repton boxer went through the gears on her way to a comprehensive 5-0 win over Finnish opponent Vilma Vitanen.

Natural progression’s super heavyweight William Howe (91kg+) forced two standing eight counts in the second round to convince the referee to stop the contest in his favour against Armenian foe Sargis Poghosyan to ensure his progression.

In his major championships bow William Hewitt, of Leigh, showed no sign of nerves at 49kg as he stormed to a unanimous 5-0 triumph, which was sealed with an eight count in the last round against his opponent from Azerbaijan Ruslan Gadirov.

But Birtley’s Dan Toward was not so fortunate in his major championships debut dipping out 5-0 on points to accomplished Croatian Gabrijel Veocic. 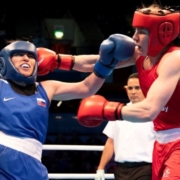 Eccles bows out as London qualifiers go behind closed doors 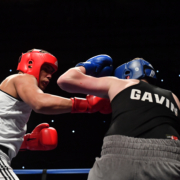 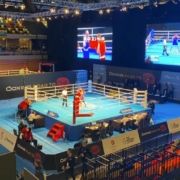