The earliest records available of Titchfield Amateur Boxing Club date back to the 1950s, although it is thought that the club may have been in existence long before this, and, indeed, may have been running since before the Second World War. 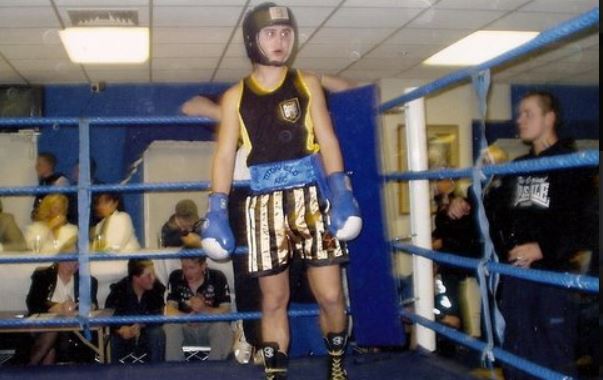 Longstanding Club Coach and now club Chairman, Lou Stamp, can recall training in a room over a pub in Titchfield Village during the 50s, when former Head Coach Dereck Hoile was still competitively boxing for Titchfield ABC

By 1971, the club were training at the Titchfield Community Centre, where the gymnasium and facilities were being newly set up.

Fareham Lions were on record as being supportive of the club, and in 1972 a show was presented at Plesseys Ltd between Titchfield ABC and Waterlooville ABC under the sponsorship of Fareham Lions Club.

Later in 1972, Ken Charman – now club President and England Boxing’s most senior registered member at the age of 94 – joined the club and took over as Competition Secretary.

At this time, training was headed up by Dereck Hoile, who had returned to the club as a trainer in 1966, and a pattern of shows developed with shows open to the general public being held twice each year at Titchfield Community Centre, and a dinner show each year.

The dinner shows started at Clarence Pier in Southsea, progressed to South Parade Pier, then the Pyramids Centre, and eventually the Guildhall Portsmouth, which is still the venue for the club’s annual dinner show which raises much of the club’s funds for the coming year.

For some 20 years, the club hosted the annual three-way tournament between the Royal Navy, Hampshire Police and Titchfield ABC held at South Parade Pier. 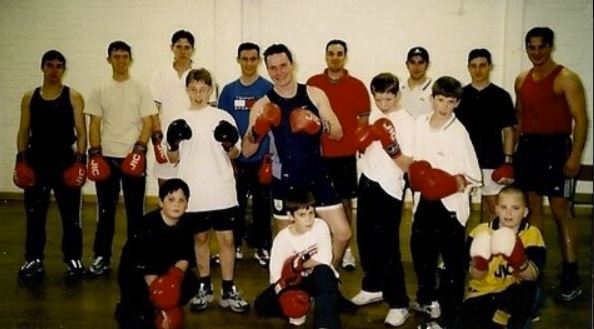 In this period, the first national title for the club was won by Bobby Elliott, who won the Junior ABA Title. Sadly, Bobby died at the early age of 26 through a cardiac arrest.

In 1975, Dereck Hoile left Titchfield ABC to start another club, and shortly afterwards Joey Peters joined the club as Head Coach and another era began. As Peters was joined in 1978 by Lou Stamp, the club enjoyed the most successful period in its history.

Joe and Lou, helped by Tony Williams, formed the training team and National and International honours were won, and the Titchfield Amateur Boxing Club was in demand all over the Country, and attracted Clubs and Boxers from far and wide to its own shows.

The relationship enjoyed by Titchfield ABC and Titchfield Community Centre changed  in 1998, when the building was altered from three separate units into one,  meaning the boxing club gymnasium had to be relinquished, and it was no longer suitable for use.

However, as the Millennium approached, discussions with Fareham Borough Council began, which were the beginning of plans for a dedicated gymnasium to be built on the Titchfield Recreation Ground. 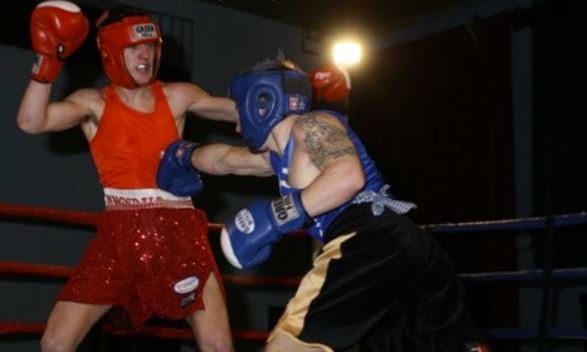 The building in which the club is now housed, was largely funded by the boxing club’s own resources, and officially opened on 25th. January 2002 by the then Mayor of Fareham, Councillor Arthur Mandry.

Titchfield Amateur Boxing Club is hugely indebted to a number of other people in achieving its solid base and strength including Tony Scopes-Upton for his support and generosity, Steve Cripps of Construction Company PLC, and David Ellis of D. Ellis Electrical Contractors, and for many years C.D Jordan and Son Ltd.

There are many more who contribute to the fund of goodwill that Titchfield Amateur Boxing Club enjoys.

It is very doubtful if the Club could have succeeded in constructing its own premises without the dedication and skills of Lou Stamp, who after a period of 44 years is still active as the Club Chairman, with his loyalty and love of the club without parallel.

The past decade has seen the club go from strength to strength, now enjoying as strong a membership in numbers as ever before. 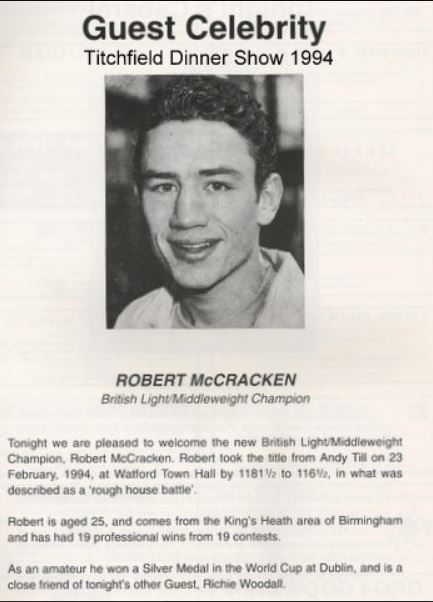 Shows are regularly held at Wickham Community Centre, and one of the biggest dinner boxing tournaments outside of London is held each year at Portsmouth Guildhall.

Arrangements for these important fundraising events were the responsibility of Ken Charman, and for the last 10 years have been in the very capable hands of Matt Castleton.

The club has nine male, and three female EB qualified coaches, including five ex-Titchfield ABC boxers, as well as seven R&J officials, with club coach and referee Michael Norford also a member of the England Boxing Board of Directors.

In July 2014, Titchfield Amateur Boxing Club was highly honoured by being selected to receive The Queens’ Award for Voluntary Service, from a short list of six voluntary organisations throughout Hampshire and Isle of Wight.

This is the equivalent of the MBE for voluntary groups, and was presented to the Club by the then Lord Lieutenant of Hampshire, Dame Mary Fagan.

In 2012, the club was saddened by the death of long-term supporter, John Hopkins, and since then, the Hopkins family has presented the silver John Hopkins Memorial Trophy in is memory, this going to the boxer adjudged best boxer at each Portsmouth Guildhall Dinner Boxing show. 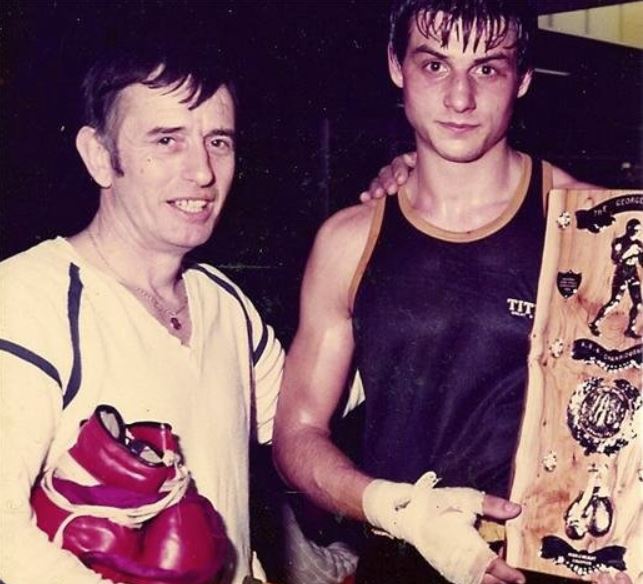 Titchfield has always looked for ways to help the less fortunate and its donations to charities run to more than £50,000 in the last three decades.

Since 1990, a recognised feature at the annual Portsmouth Guildhall Dinner show has been a substantial donation to a different charity each year, and where possible, to charities that seek to help children.

The boxing club has for many years proudly represented Titchfield and would like to think that it has earned a place in the history of the Village, and indeed, in the sport of amateur boxing itself. 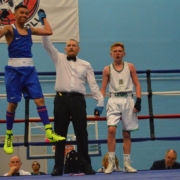 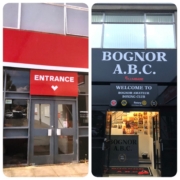 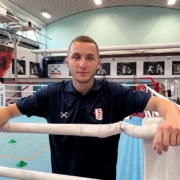 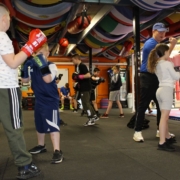