The Three Lions started the day with 12 medals already in the bag, and they quickly began to add to that tally as Under 42kg contender George Francis beat Slovakia’s Kristan Harasnik by a unanimous decision, as did Under 44kg boxer George Ralph (pictured below) when he came up against Scotland’s Aron Sarwar. 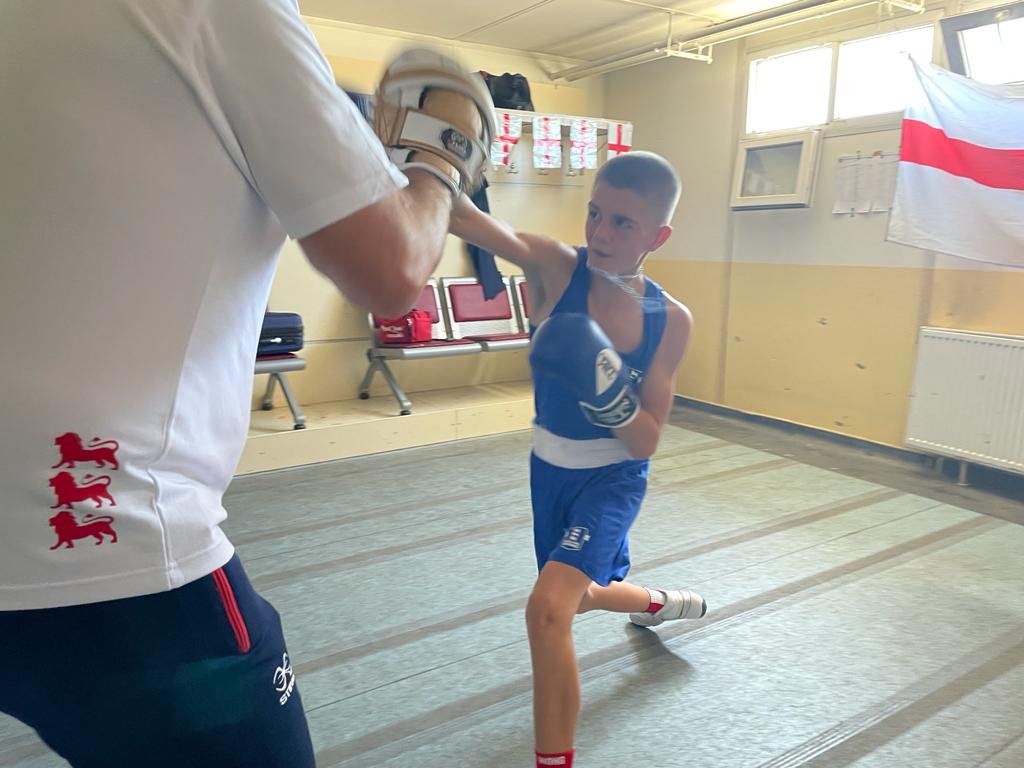 Noah Barney-Smith, against Arsen Darbinyan of Armenia at Under 48kg, and Tom Connors, against Angelos Karaitis of Greece at Under 52kg, carried on the trend as both earned clean sweeps of judges’ verdicts too.

Those successes were replicated in the evening session as John Boy Hodgkins stopped Szabolcs Horvath of Hungary at Under 57kg and Johnny Crittenden, (pictured below) boxing at Under 63kg, impressively disposed of Gela Gagnidze of Georgia, further making it a day to remember. 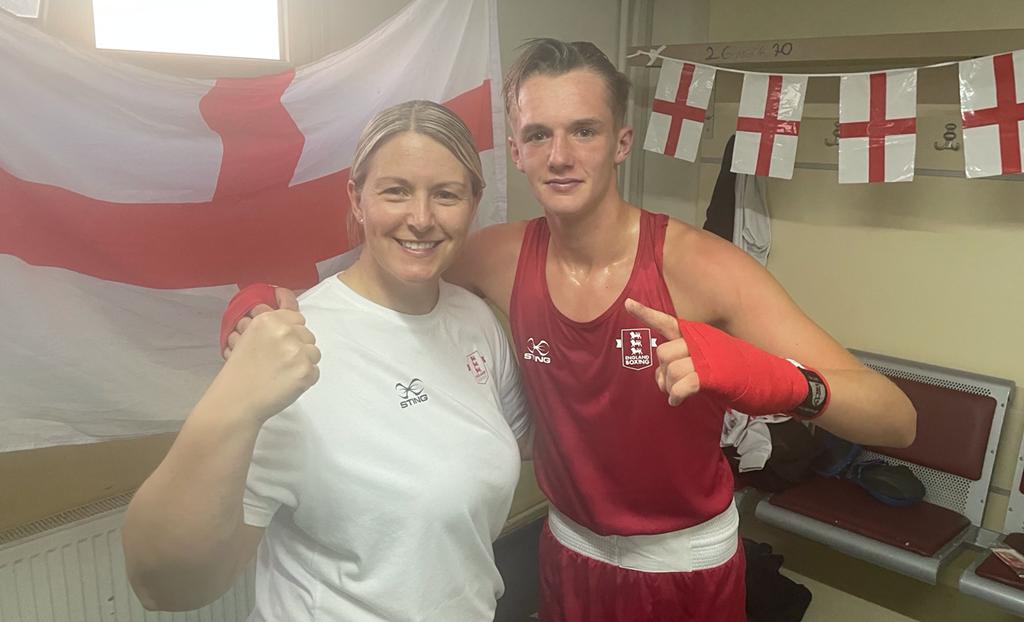 The only disappointment of the day – and only defeat – came in the Three Lions’ other semi-final where Tony McCarthy was edged out on a 3-2 split after a hard battle against Ukranian Ivan Bezuhlyi.

No less than 15 England boxers will be in action tomorrow, making it by far the busiest day for the team so far. 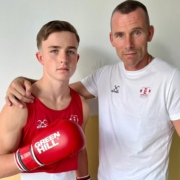 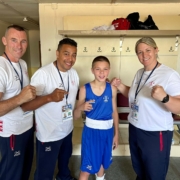 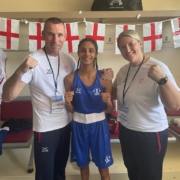 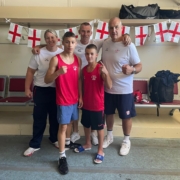 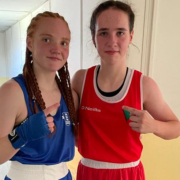