Talented young boxers are being invited to follow in the footsteps of Olympic Youth Games winner Caroline Dubois and apply to the GLL Sport Foundation, which aims to help nurture the stars of tomorrow.

The Repton BC gold medallist from Argentina was one of dozens from boxing – along with England Talent boxers Coner Tudsbury Simran Kaur and Elena Narozanski – who successfully secured financial backing, physiotherapy and gym membership to assist their progress.

Now GLL – the UK’s largest charitable leisure social enterprise – is searching for the next set of young top-class performers across a range of sports.

In 2019, they are investing more than £1.6 million into the development of 3,000 athletes in 73 areas of the UK, hoping they can go on to shine in the same way as alumni Susie Rodgers, Dina Asher-Smith and Lutalo Muhammad.

Athletes must be highly ranked nationally or a member of a regional squad. More details on application criteria can be found here and the closing date for applications is 20th February 2019.

“GLL is a fantastic organisation paving the way for ordinary young people like myself to compete at the highest level,” said Double Olympic Taekwondo medallist Muhammad.

“When I first started to compete internationally GLL was my only source of funding and I can sincerely say, but for that, I would not have transitioned from a skinny kid that loved sport to an Olympic medallist. I’ll never forget the help I received.”

Last year, 70% of the GLL Sport Foundation’s supported athletes were under 21 years old and 93% received no other funding from other sources.

In the past 10 years since its inception, the organisation has given out more than £9 million to provide over 16,000 awards, yielding 33 Olympic and Paralympic medals.

Former 400m hurdler and foundation patron Sally Gunnell OBE, who still remains the only athlete to hold consecutive Olympic, World and Commonwealth titles, said: “I understand how important our support can be to the realisation of sporting ambitions.

“This is ever more important today with centralised sport funding being squeezed further; we are an important resource in bridging the gap for young aspiring athletes.

“Support to these young athletes also goes beyond the field of play. It has an educational value by promoting the opportunity that sport can bring and promoting the benefits of healthy lifestyles to positively impact their local communities.”

You can apply to the foundation here. 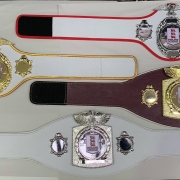