You are here: Home / News Articles / England squad fly out for EUBC European Juniors in Romania

England Boxing’s team has today (Tuesday 21st May) flown out to compete in the EUBC European Junior Championships 2019, being held in the Romanian town of Galati.

The largest England team in the history of this event has been selected, with 21 boxers proudly representing their country.

Eight females have been entered along with 13 males – the first time England Boxing has entered a boxers at every available male weight category.

The team has undergone a rigorous preparation schedule, led by Performance Coach Mick Driscoll to put them in the best position to perform at the event.

He will be assisted in his coaching team by Ivan Cobb, John Stubbs and Laura Sargeant, with Cliff Perkins as Team Manager.

Lee Innes will be representing England amongst the team of officials and Danny Poole is the team physio, provided through England Boxing’s partnership with TASS.

The draw takes place on 23rd May and the boxing commences on 24th May, concluding on 1st June. 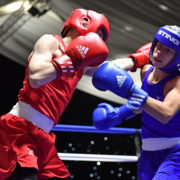 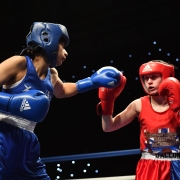 Draw made for European Junior Championships 2019, which get underway tomorrow 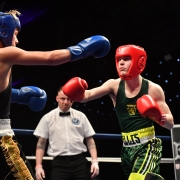