Winning the England Boxing National Junior Championships 2019 can be a major springboard to international success at both amateur and professional level.

Here are 10 boxers who have won Junior amateur titles in the past 20 years and have gone on to achieve at an even higher level.

The St Mary’s boxer beat Adeeb Amyal (KBW) in the 2016 Under 80kg final and subsequently went on to star at the 2018 Olympic Youth Games in Buenos Aires, Argentina, winning a gold medal for Great Britain, along with fellow English boxers Caroline Dubois and Hopey Price.

The talented boxer has recently turned pro having enjoyed a superb amateur career that included wins in 71 of his 77 bouts, collecting a World Youth Championship bronze medal and a Commonwealth Games gold medal along the way. He beat Usman Ali (Eastside) boxing for The Ring at Under 48kg.

As a Steel City boxer, the Sheffielder beat Zac Chaima (Finchley) at Under 57kg to win the Juniors and went on to win a host of medals at Youth level. He has been a member of the GB Podium Squad and was a member of the England’s 2017 Commonwealth Youth Games team. He announced he was going professional this week.

A gold medal winner at the 2018 Commonwealth Games, the Liverpudlian also won the European Championships and a bronze medal at the World Championships the year before. The Everton Red Triangle boxer defeated Billy Polkinghorn (Southend) to record his Juniors triumph at Under 52kg.

Sunderland-born Kelly is the current holder of the WBA International welterweight and Commonwealth welterweight titles having boxed for Great Britain in the 2016 Olympic Games in Rio. As an amateur, he won the Under 52kg Junior title boxing for Houghton and District, beating Penny Lovejoy (Repton).

It was for South Norwood and Victory that the Ghanaian born boxer, who hails from Croydon, saw off the challenge of Matthew Brierley (Langold ABC) to become a Junior champion at Under 85kg. He achieved fame in 2016 when he was a bronze medal winner at Rio Olympic Games and is undefeated in nine fights as a professional.

Another who has advanced to the professional ranks and who now possesses a 9-0 record, the lad from Liverpool won World Championships bronze in 2013 before winning a gold medal at the Commonwealth Games in Glasgow a year later. He beat Tom Horgan (Marvels Lane) in the Under 66kg category representing Golden Gloves.

The Triple A boxer, from Lowestoft, won the second of consecutive titles by beating the same opponent, Philip Roberts (Rotunda), and by the London Olympics of 2012 was good enough to win a bronze medal, having taken a silver at the Commonwealth games two years earlier. Sadly forced to retire earlier this month, he won 11 of his 12 fights as a professional.

The Hull boxer put his home city firmly on the map when, along with Anthony Joshua and Nicola Adams, he won a gold medal for Great Britain at the 2012 London Olympics. He also won World Championships silver (2011) and European Championships gold (2008), having worn the colours of St Paul’s to beat Christopher Higgs (Broad Plains) at Under 54kg.

Bury ABC’s finest beat Nick Smedley (Steel City) in a Junior final for the second year running to underline promise that came to fruition when, at the age of 17, he won a silver medal at the Athens Olympics of 2004. As a professional, the Bolton-born fighter has enjoyed a spell as a unified light-welterweight world champion and won 33 of his 37 pro fights.

Spectators are welcome in Rotherham this weekend (venue address: Magna Way, Templeborough, S60 1FD) and can purchase tickets on the day of their attendance.

Boxing will commence at 1pm (doors 12 noon) on Saturday and 12noon (doors 11am) on Sunday.

Please note, payment for tickets is cash only, no £50 notes will be accepted and there is no ATM at the venue. Please be advised that an England Boxing photographer and videographer will be capturing footage on both days of the event that may include capturing images of spectators.

You can follow all the latest updates and news in the lead-up to, during and after the Championships across our social media using the hashtag #EBNJC19. You can also watch the action live on our YouTube Channel. 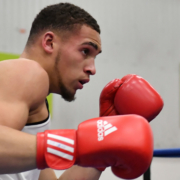 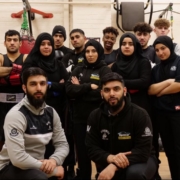 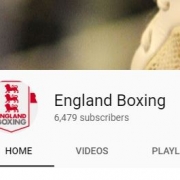 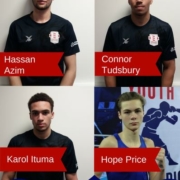 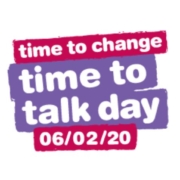