You are here: Home / News Articles / Venues confirmed for latter stages of NABGCs

Venues for the latter stages of the National Association of Boys and Girls Clubs Championships 2019 (NABGCs) have been announced.

The North semi-final will take place on Sunday 24th November in the main sports hall of the Tudor Grange Academy, Kingshurst, Cooks Lane, Birmingham, B37 6NU.

Finals A & B are to be staged on 30th November at the CYP Sports Centre, Gypsey Road, Bridlington, YO16 4AY.

Finals C and are to be held on Sunday 1st December 2019 at Cresta Court Hotel, Church Street, Altrincham, WA14 4DP.

The venue for the South semi-finals has still to be confirmed.

There will be two rings at each venue, with weigh-in times from 10am to 12noon. 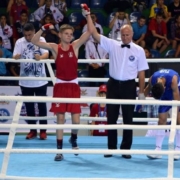 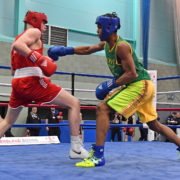