The Cheshire lad with the Belarussian name, Ivan Duniak is delighted that the relaunched Title Belts has helped catapult his name into the amateur boxing spotlight.

There’s never been any doubt about the 20-year-old’s aptitude in the ring since he won a National Youth Championships title in Rotherham in 2017, which followed national semi-final appearances at junior level.

But winning the Northern Title Belt with a split success over George Davey of Henry’s last February in Warrington, followed by victory over Brad Ingram of City of Gloucester in Bristol in October to capture the National Title Belt, reinforced his belief that he is the real deal at Elite level.

Such a view was only reinforced when 69kg prospect Duniak retained his national belt with another unanimous points win just before the Coronavius lockdown, this time on home turf over fellow Cheshire Boxer Jak Corrie, of Stockbridge.

It means the 69kg prospect from Liverpool’s famous Rotunda ABC – that has produced the likes of Tony Bellew, David Price, Natasha Jonas and the Smith siblings to name but a few – now has focus on achieving even greater thinks when the current enforced hiatus comes to an end.

“It’s challenging at first when you go up from Youths to Elites because you could be boxing someone a lot older with lots of experience and you don’t always have the same strength when you’re still developing physically,” says Duniak, who describes his style as ‘a sharp counter puncher’.

“But I think you get into it – and boxing in this competition has certainly helped me in that regard.

“Winning those belts – especially the national one – gave me an amazing feeling. You work so hard for it, so to get something like that at the end to show is great.

“There’s no better feeling than winning, a bout, but it feels even better when it’s against good opponents, which is what you tend to get in this.

“I was due to enter the National Amateur Championships (formerly ABAs) this year and I was hoping to do well, but that obviously got put on hold with the COVID-19 outbreak, so that has to wait. 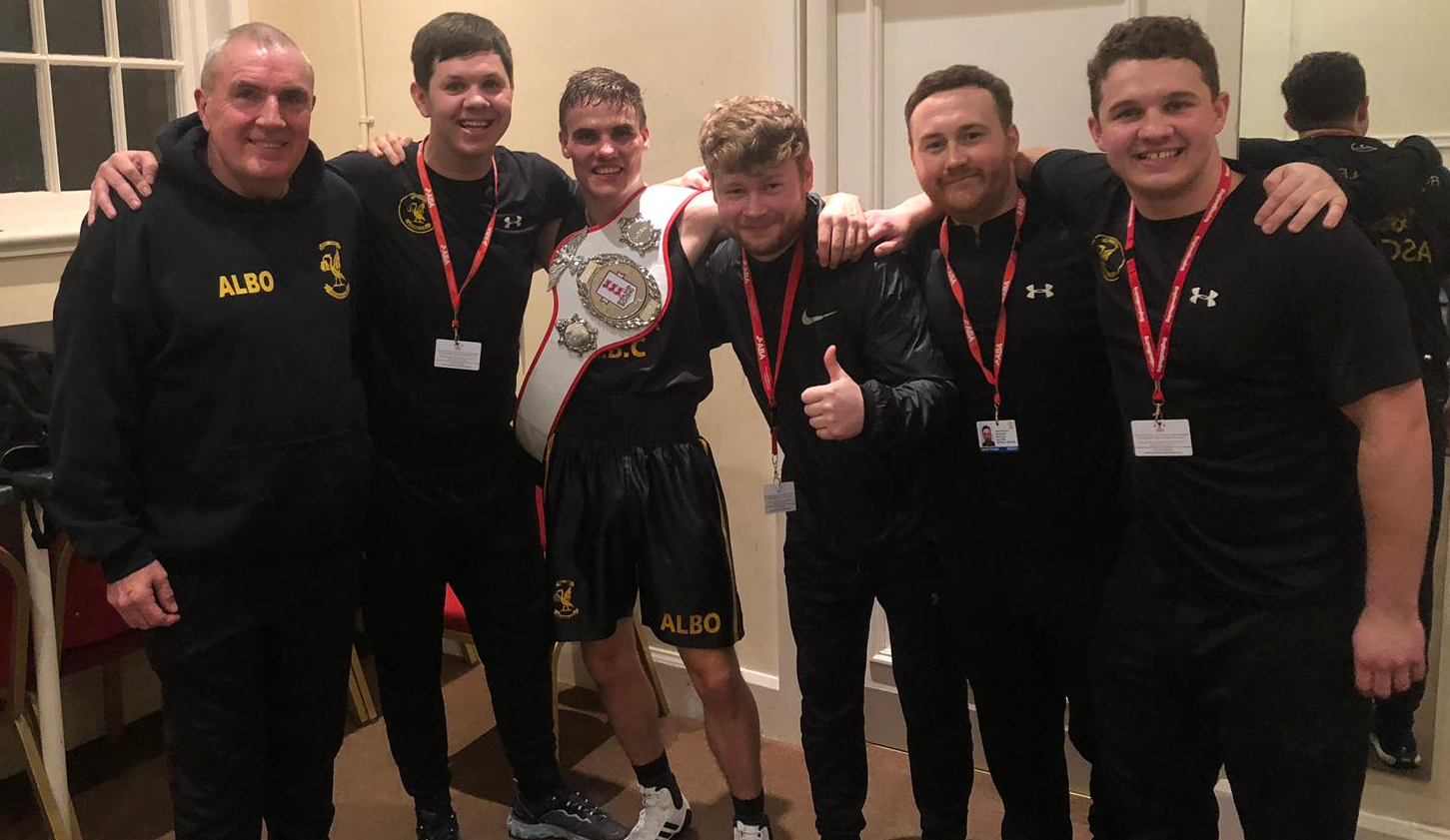 “But I’m hopeful I can put myself in the GB frame by winning a full National Championship belt, whenever that may be.”

It was Duniak’s father, Siarhei, who first introduced his twin sons – brother Vova also boxed – to a local gym at the age of nine, after moving over from Eastern Europe to settle close to the banks of the River Mersey in Runcorn.

However, once Ivan moved into the city to continue his boxing education with Rotunda, he really thrived under the watchful stewardship of coaches Philly Roberts and Mikey Albertina.

Duniak adds: “The two of them have been very influential on my boxing career so far. They have always inspired me and given me motivation to succeed.

“I know some boxers take inspiration from other famous boxers, but I never really watched it on TV when I was younger. It was more those two, along with my dad, who pushed me forward.”

Away from the gym, Duniak has it all worked out – he’s waiting to graduate with a degree in Mathematics from Liverpool John Moores University.

It has been a challenge for him to juggle his training around his studies, especially with exams to throw into the equation, along with a 40-minute trip to training, but, he hopes, the effort will be well worth it.

“Sometimes I had to do the work ahead of time, just so I could then focus on my boxing when I needed to, “ he explains. “But I learned to manage it so that it was not too much of an issue.

“I’m excited about the future and my boxing, but I don’t really know how it is going to pan out exactly, we’ll have to wait and see. What I do know is that the tough bouts I’ve had in the Title Belts, where nothing is easy, have definitely helped me.”

To find out more about the Title Belts series – and see the current belt holders – click here.

Guidance on a return to indoor gyms from 25th July