In total, 23 countries from across the globe attended what is widely recognised as being a highly-competitive event, with some countries bringing some of their national boxers.

After a day for final minor adjustments, the team began their campaign with Ward taking on Hamza Saadi of Germany.

He started the bout well with good solid shots, scoring well to the head and body.

As the bout progressed, the Englishman used his good footwork skills to get him in and out of range.

Saadi attempted to spoil the bout by grabbing and holding, but Ward managed to maintain his shape and worked hard to get a split decision points win.

Next up was team captain Crotty against Alexander Martinsen of Norway.

The Marines boxer hit the ground running, controlling the bout from the off, with clinical punches to both head and body.

With Martinsen becoming frustrated as the bout went on, Crotty was able to capitalise using his slick footwork and landing shots from all ranges with little coming back.

It enabled him to clinch the bout by a unanimous points decision and leave team spirits were high as the boxing drew to a close.

On the Saturday, it was Domonic Stephenson who was first in action in an all-forces bout against the British Army’s Carnell Brown.

The former set about his task with vigour, but it was a big ask as the Army boxer was taller and had a reach advantage.

Each time Stephenson managed to get inside his opponent’s guard he scored well, but Brown was the busier and won the bout by a unanimous points decision.

Crotty was in action for a second time when he took on the Irish national team boxer Tony Browne.

The Marines boxer began well, scoring with good accurate shots to the head and slick footwork enabled him to use different angles for his attacks.

However, during one of the exchanges, their heads clashed, leaving George with an inch-long cut down the side of his left eye.

The referee stopped the bout due to the injury and, because at that point Crotty was ahead on points, he was awarded the win.

Last up for the team was Kallum Radley, who was up against another national team member from the Netherlands in the shape of Donovan Vroom.

The bout started well for the Englishman, who landed with straight shots as Donovan was forced back but, as the round progressed, the Dutch boxer began to find his range.

The latter stages of the bout saw Vroom get the better of the exchanges to win the bout by a unanimous points decision.

On Finals Day, the team initially had two boxers competing for gold, but the doctor withdrew Crotty due to the injury he sustained the day before, which had began to leak blood again.

This left the Dutch boxer with the gold medal following a walkover in the final and The Marines boxers taking home a silver.

The only team member left was Ward to compete against Belgium national team member Mohammed Rachem.

Both boxers started sharp and fast, trying to control the centre of the ring, and the first round was fairly even.

In the second round the Belgium boxer stepped up the pace and began to control the ring and tempo of the bout. Ward responded with some good combinations and tried to push his opponent back.

The last round was all action with both trying to push the other back. Ward landed with some good telling shots, which were matched by the skillful Rachem.

In the latter stages of the round the Belgian received a cut under his left eye following an accidental clash of heads, and he was awarded the bout by a unanimous decision. 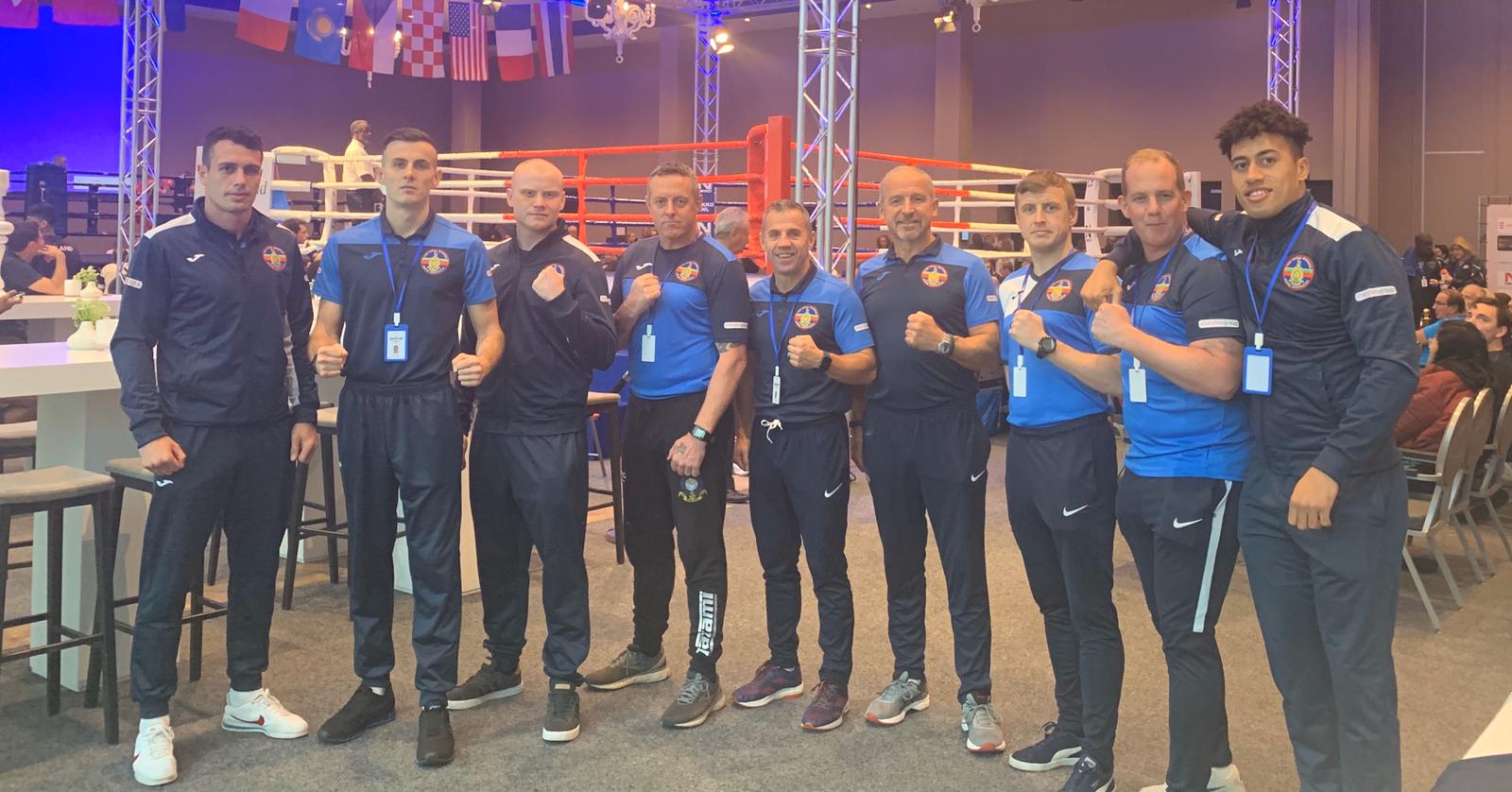 Help us promote benefits of defibrillators
Scroll to top