Nottingham’s former world professional champion Carl Froch is thrilled to see the England Boxing National Amateur Championships coming to his home city this weekend – and predicts plenty of future stars will be on show.

The showpiece event for male and female adult boxers is one of the oldest on the sporting calendar, dating back to 1881, with former winners including ‘The Cobra’, as well as Henry Cooper, Nigel Benn, Tony Bellew, George Groves, Anthony Joshua, Tyson Fury and Nicola Adams.

The pre-quarters, quarter-finals and semi-finals stages will be staged at the Harvey Hadden Sports Village this Friday, Saturday and Sunday (5th to 7th April).

Multiple World Super-Middleweight title holder Froch won two amateur titles for Phoenix ABC at middleweight (Under 75kg) in 1999 and 2001 before turning professional and knows first-hand that becoming national champion can be a springboard to Olympic glory or professional success.

“I remember the feeling of winning at the Nationals for the first time and it is very special,” said Froch, now a commentator and analyst for Sky Sports. “To know you are the best in your country at your weight is a something to savour and what you work towards.

“Learning how to box as an amateur at Phoenix in Nottingham was a very important part of my journey to becoming world champion, teaching me the importance of hard work and discipline.

“Some of the boxers who will be fighting at Harvey Hadden will know that if they can make it through these rounds and all the way to the final, then they have the perfect platform to showcase their skills in front of the cameras.

“There are so many top-quality boxers who have come through the England Boxing system, myself included, and it will be interesting to see which of those who come to Nottingham eventually make it to the big time later in their careers.”

Boxers who compete in Nottingham across 11 male weights and 10 female weights have already made it through regional rounds to get this far.

Local representation will come in the shape of Nottingham’s Ezra Taylor (Bilborough Community ABC), Mansfield-born Nico Leivers, who came through at his local Quarry Lane BC but now wears the colours of the Hoddesdon club, Nicola Hopewell (Worksop’s X-Box) and Daniel Canter (Newark’s Epic GG).

Froch, awarded an MBE in 2015, added: “There are no easy bouts when you get to this stage of the Championships, but the thought of wearing that belt as a winner is what drives you on.

“It promises to be a cracking weekend of boxing and I’m sure the Nottingham public will give their full support to those who are stepping in the ring.”

Tickets for spectators will be available on the day from the England Boxing ticket desk at the venue, priced at £20 for adults, £10 concessions (65+) and £5 children (6 to 15 years), while under-5s and under are free.

Boxing will commence at 1pm (doors 12 noon) on Friday and Saturday and 12noon (doors 11am) on Sunday. Payment is cash only. You can follow the action on social media using the hashtag #EBNJC19 and watch the action live England Boxing’s YouTube Channel. 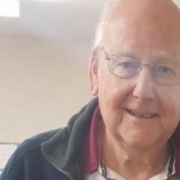 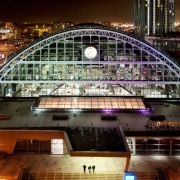 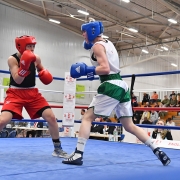 Plea for coaches to keep DBS qualifications up to date