Green fingered Leam Lane ABC have swapped their boxing gloves for gardening gloves during lockdown to look after the club allotment.

The Tyne, Tees and Wear club began renting the site three years ago after one of its coaches, who works for the local council suggested the idea after an area of land became free.

Since then, with the help of donations, the club’s boxers and coaches have gradually transformed the site into a blooming community garden, with the down time in boxing because of Coronavirus gym closures meaning they have taken great strides over the last two months.

Situated less than half a mile from the club, around five coaches and 12 boxers regularly attend the garden, cultivating crops including tomatoes, leeks, turnips and chili plants. 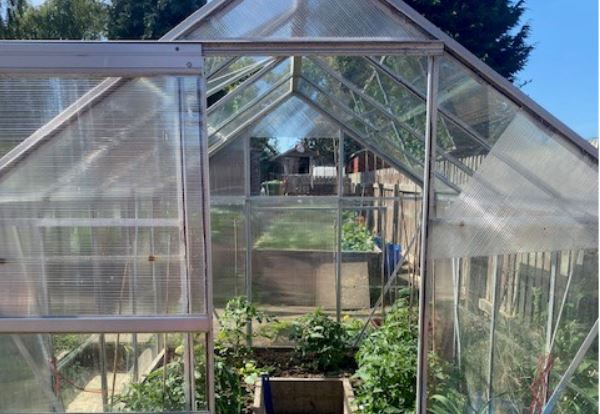 “When we took the garden on, it was a bit of a mess, but our members have worked really hard and done a fantastic job in turning it into the place it now is in the pictures,” said Club Coach Gary Robson, who helps run Leam Lane alongside Head Coach Brian Skipsey.

“All the boxers have had some input all done with social distancing through time slots of one hour per boxer. They have weeded planted and grown and watered everyday over the last few months and learned how to look after different vegetables and their nutritional values.

“They know now that they don’t just appear in a supermarket like ASDA or Tesco, but that there’s a lot of hard work that goes into growing them.

“The boxers’ tasks have depended how old they are, with some of the older ones able to build and paint fences and some of the younger ones looking after their own beds of vegetables. We have also recycled furniture that people were going to throw away.

“At a time when we haven’t been able to go to the gym, it’s been a great way to keep everyone in contact and give them a focus.

“The social distancing as not been a problem at all because it is a big area once you get in and everyone is using hand sanitiser too.

“It’s been a nice quiet space for everyone to go and it’s great when you get a WhatsApp message from one of the boxers asking if they can go down. I think we have all found it very rewarding.”

Picture below is club members from before the Coronavirus outbreak. 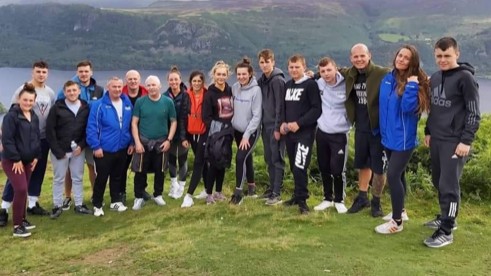