You are here: Home / News Articles / Olympic Qualifiers, day one: Dubois and McCormack impress as five from...

Six GB boxers were in action across the afternoon and evening sessions, and all but one of them were victorious in Paris.

The tournament was the restart of the one that had begun in London last March but had been suspended because of the onset of the Coronavirus outbreak.

20-year-old Dubois (pictured above) produced what many regarded as GB’s performance of the day to underline her huge potential after a stellar, unbeaten career at Youth and Junior level.

She arguably faced the toughest assignment of the home nations contingent in action as she faced vastly experienced number one seed Mira Potkonen of Finland – a boxer twice her age – at lightweight (Under 60kg).

Potkonen’s pedigree was evidenced by the fact she won Finland’s only medal at the 2016 Olympics in Rio, where she claimed bronze, but the Repton southpaw demonstrated experience beyond her years to prevail.

The Finnish champion tried her best to spoil Dubois rhythm, but the serial winner at Youth and Junior level held her composure to win the first two rounds.

Both boxers were deducted points for holding in the final round, but the GB boxer stood firm to claim a well-deserved unanimous success and prompted a roar of approval from Dubois as the decision was read out. 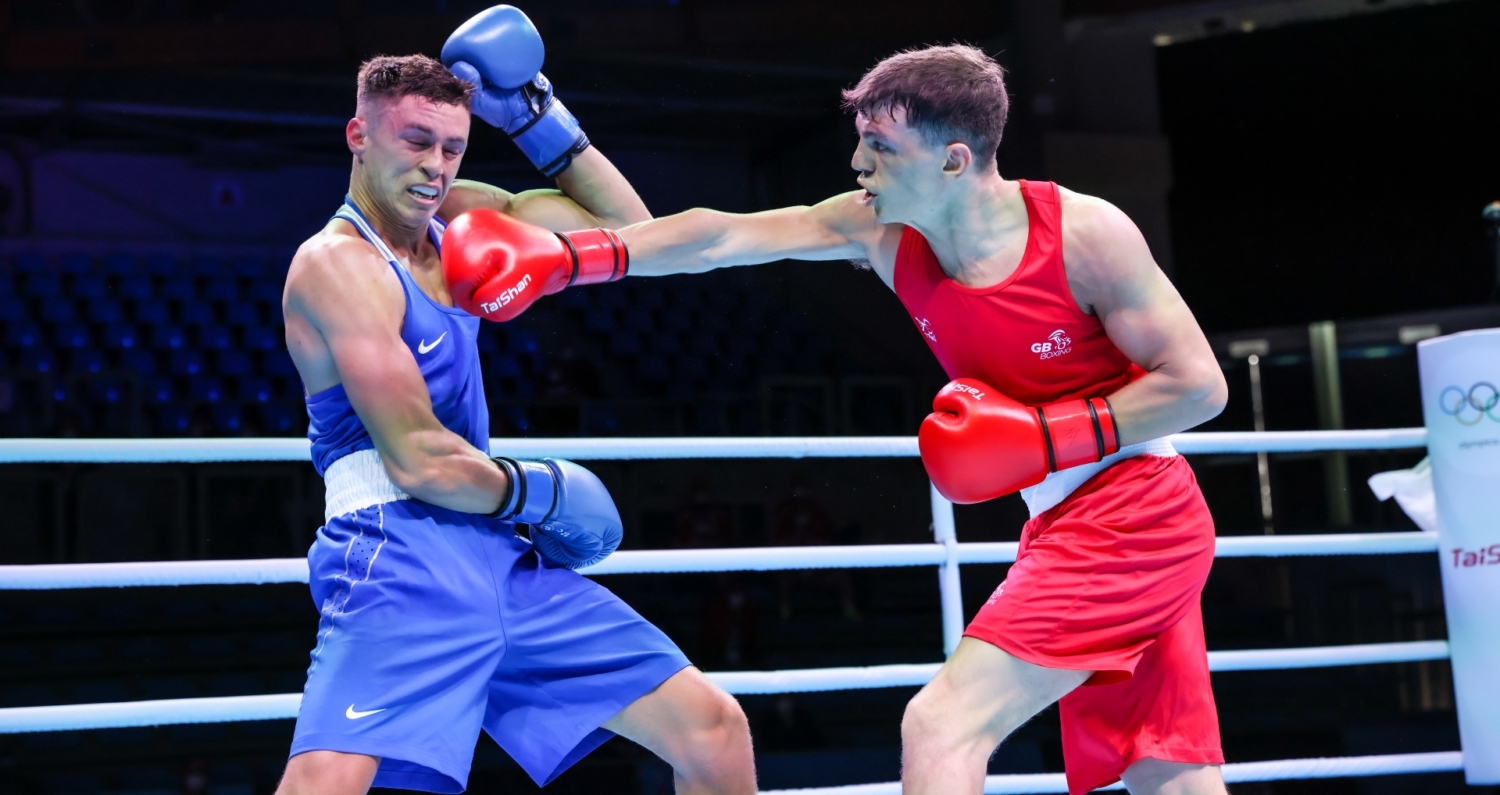 Welterweight (Under 69kg) Pat McCormack (pictured above) was Great Britain’s first male into the ring and he looked razor sharp in beating Monaco’s Hugo Micallef courtesy of a third round stoppage.

The Birtley boxer, seeded number one and ranked number one in the world, lived up to his ranking with some fast, accurate and varied punching that had him on top from the outset.

The reigning world championship silver medalist was already well ahead on the judge’s scorecards when the referee stopped the contest in round three after McCormack had forced three standing eight counts in quick succession. 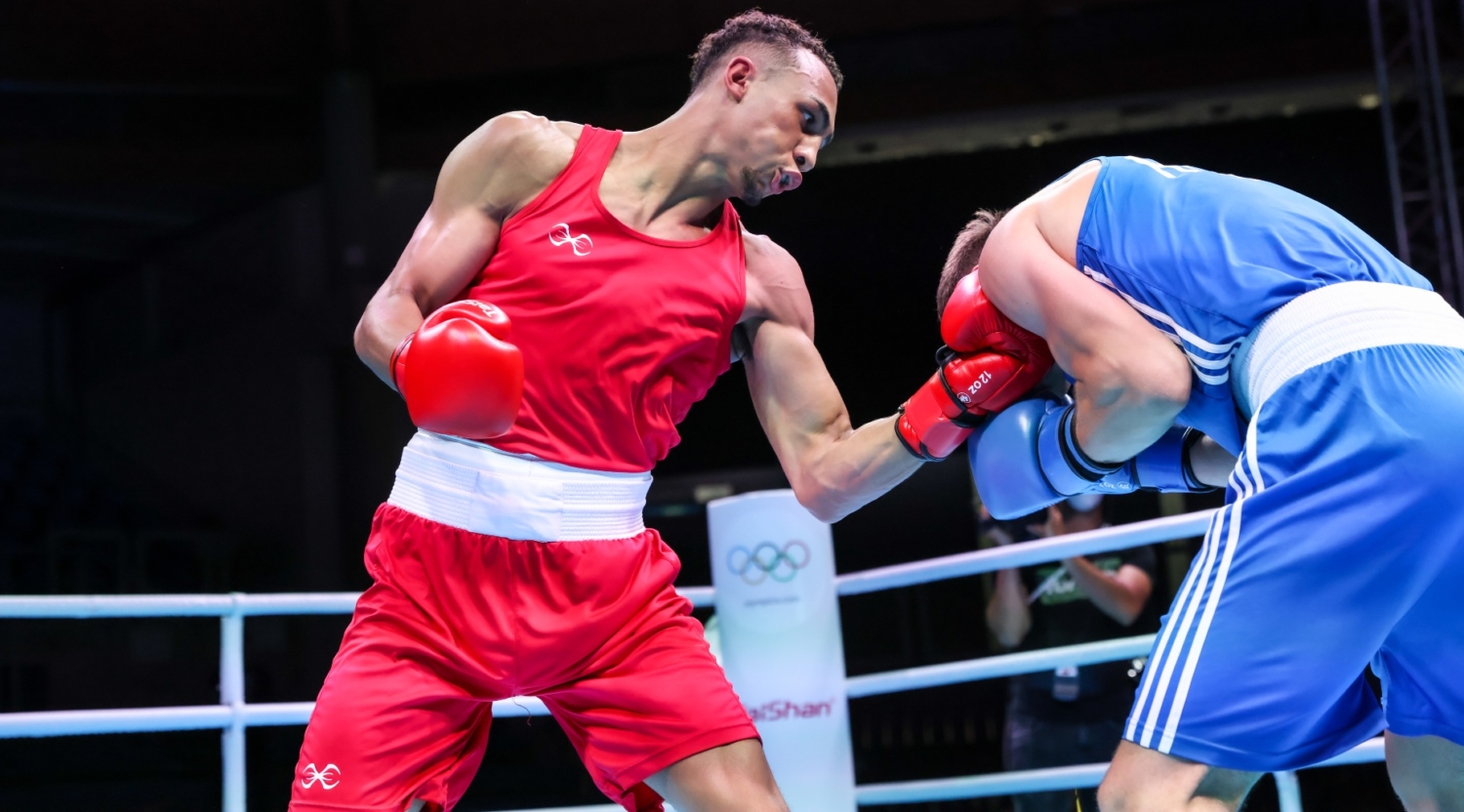 Firewalker’s light-heavyweight (Under 81kg), also a tournament number one seed, dominated the first two rounds behind a strong jab and nimble footwork that made him elusive to hit.

The aggressive Romanian kept coming forward, however, and came back in the third round which prevented a unanimous outcome, Whittaker securing four of the judge’s verdicts, with the other calling the bout as a tie. 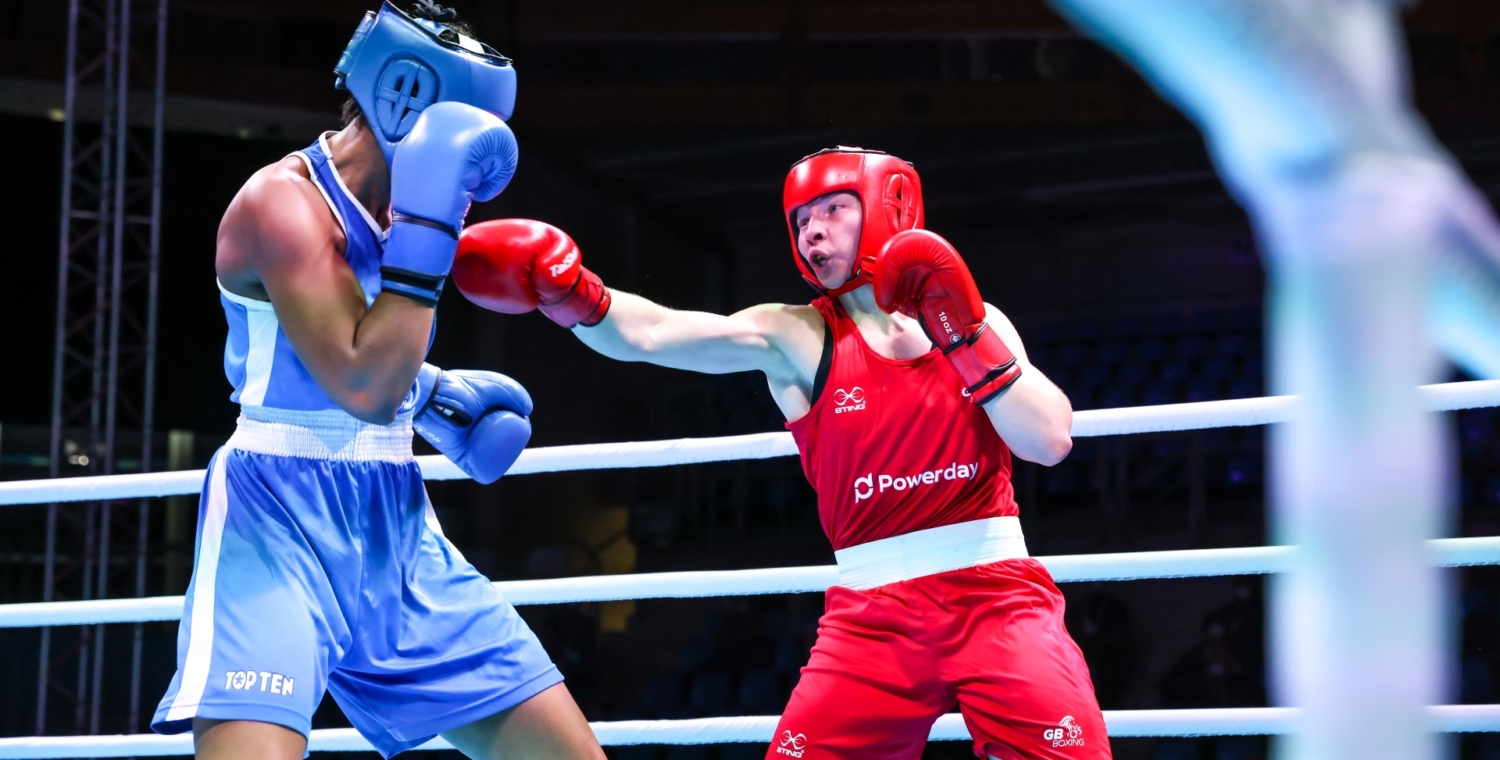 Number one seed, world number one and reigning World Championship gold medalist Lauren Price (pictured above) had already got GB’s campaign off to the perfect start in one of the two first bouts of the day with a comprehensive victory over France’s Davina Michel.

The Welsh middleweight (Under 75kg) put her opponent down in the second round with a right hook and was always in control to give her a unanimous 5-0 success, with all five judges scoring the bout 30-27.

The Army boxer used her reach advantage to good effect to pick off her advancing opponent to secure the opening two rounds.

The third round went the same way as Artingstall was able to pick off the Eastern European as she tried to force the pace, resulting in a unanimous decision as she won each round on each judge’s scorecard.

Lewis Richardson was the only GB boxer to taste defeat as he was beaten by  Oleksandr Khyzhniak, the Ukranian number two middleweight (Under 75kg) seed.

The Colchester boxer gave his all and had his moments, but was ultimately lost out by a unanimous decision.

Eight boxers from Great Britain are in action tomorrow, with five of them having a chance to secure qualification for Tokyo.

The action starts at 1pm UK time and can be viewed live on BBC Sport at https://www.bbc.co.uk/sport/live/boxing/57276248  and the Olympic Channel at https://olympics.com/en/. 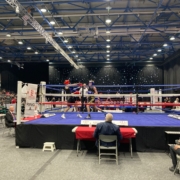 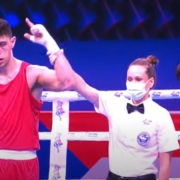