Western Counties and Tyne, Tees and Wear have been chosen as the locations to host this year’s England Boxing National Development Championships 2019 semi-finals.

That will be followed 24 hours later by the North area semi-finals, which will be staged at Newton Aycliffe Leisure Centre (DL5 4EH) on Sunday 20th October.

The winners of those bouts will then go through to Finals weekend, to be held the following weekend, Saturday 26th and Sunday 27th October, at the Spiceball, Banbury (OX16 2BW).

The Championships are open to both junior and senior boxers, with entries across England Boxing’s regions still being received.

You can find out more about the eligibility criteria and how to enter by clicking here. 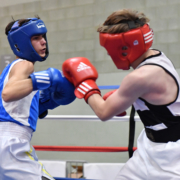 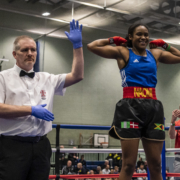 Aim to show that We Are Undefeatable