You are here: Home / News Articles / Brilliant Brandon runs up a profit for local NHS charity

An England Boxing member club has raised £1,800 from a sponsored club run that will be used to buy equipment for its local NHS charity.

Brandon Boxing Club, in the Tyne, Tees and Wear region, came up with the idea during the first the Coronavirus Pandemic national lockdown last summer as a way of getting club members re-engaged and keeping them motivated.

Initially, the aim was for club members to try to run 750km in one week, but that target was smashed in just three days and the total accrued over the seven days by 19 participants ended up being in excess of 3,000km.

This week, the club were able to hand over the cheque – with the money used to buy a new monitoring machine for the wards at the University Hospital of North Durham.

“We came up with the idea when the first lockdown began it was a way of getting everyone together and communicating again, “ said coach Paul Bainbridge.

“We thought we would kill two birds with one stone and decided to run the challenge to raise money to help the NHS in a small way as a thank you for their incredible efforts during the global pandemic.

“As a coach, it was incredible to see how everyone at the club bought into the idea and some of the mileages that the boxers coaches and parents put in were unbelievable, but there are two young girls in particular that I would like to give a special mention to.

“Firstly, Bede Gordon, sister of one of the boxers who had just been given the all clear from leukaemia, was, I believe, four or five years of age at the time, yet she did laps of her garden everyday with her mum Saskia, recording all her runs on Strava.

“Secondly, the other young girl is Kara-Mai Oliver (pictured, bottom), daughter of our head coach and founder of Brandon, Alex. She has Down’s Syndrome and autism so used an assisted bike and absolutely loved getting out with her dad and mum Michelle, clocking the miles up for the challenge.

“We were extremely proud to be able to raise this kind of money for the NHS and to know that 100% of it will go back to be used locally in Durham is very heart-warming.”

Find out more about Brandon Boxing Club via its website by clicking here. 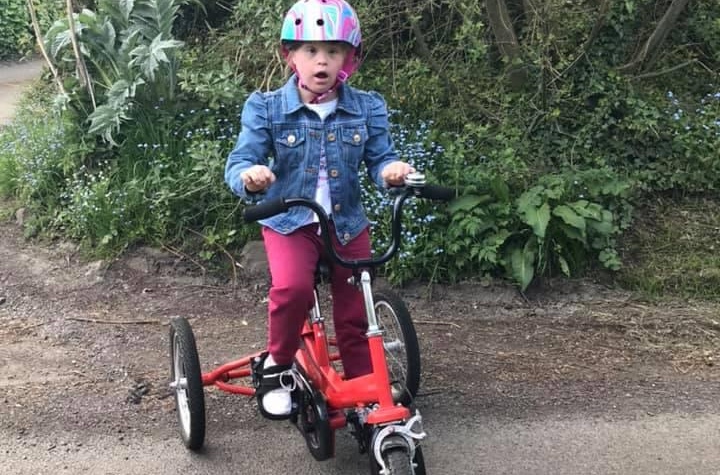 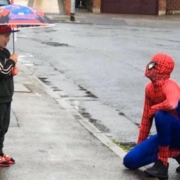 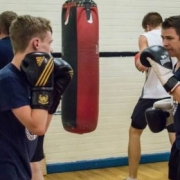 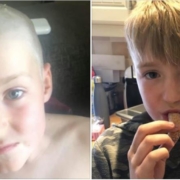 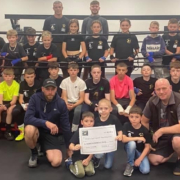 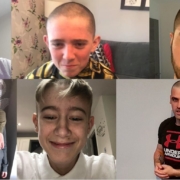