The 10 boxing clubs to battle it out in this week’s England Boxing Strava Running Challenge ran a collective distance of 6,000km – more than the distance from London to New York (5,585km) – in their bid to finish as the top-performing team.

For the first time, week nine’s mini-challenge was about team performance rather than individual achievement, with the distance covered by runners from each club adding up to give an overall total. 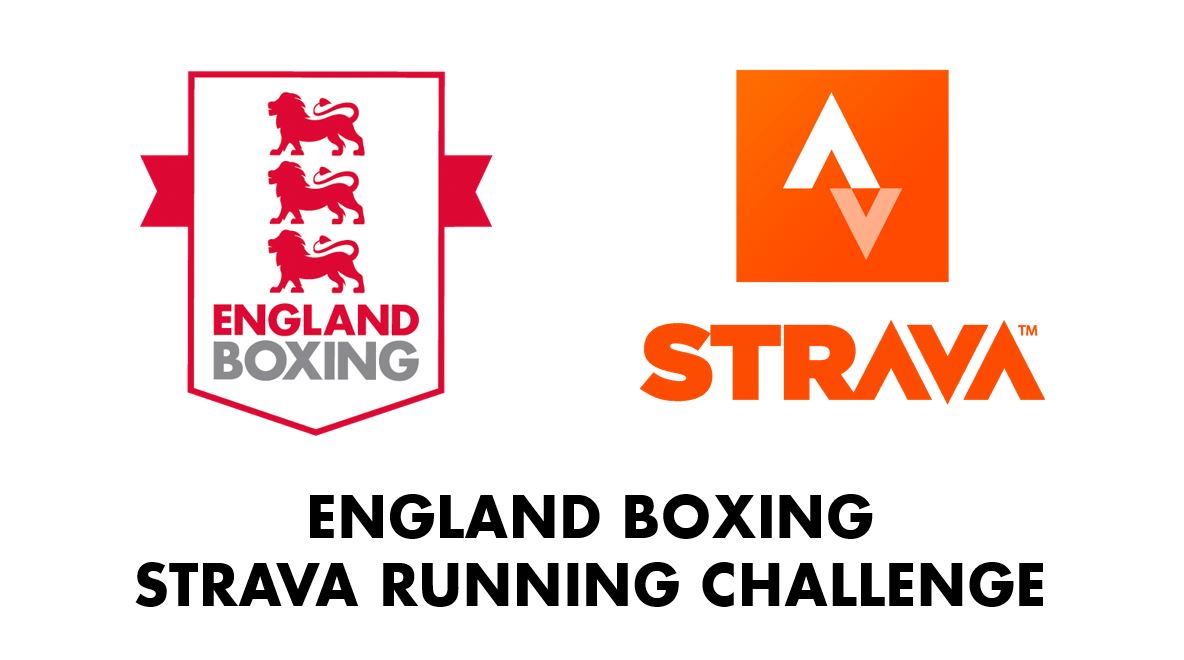 And it was Western Counties’ Barum (pictured above) who emerged victorious overall, running a phenomenal 1,495 kilometres (929 miles) – more than the equivalent of catching a flight from London to Rome.

Their success really was a collective effort, with 28 boxers clocking up 1,100km (also the overall most among boxers) and nine coaches and non-boxers contributing a further 395km.

Leading the way for them was Clem Hughes, who ran an impressive 168.5km, while Joe Lane excelled among the Under-18 contingent with 80.5km.

You would be forgiven for thinking that would put them streets ahead of their closest rivals, but not so, with Eastern Counties’ Peterborough Police close behind in finishing in overall second with 1,373km (853 miles).

Nathan Preston chipped in with the furthest distance with 93.6km, but perhaps the most noticeable contribution was that of the Baker family – Chris (73.2km), Vicky (58km), Alfie (60.3km) and Reggie (27km) – who recorded a fantastic 218.5km between them. 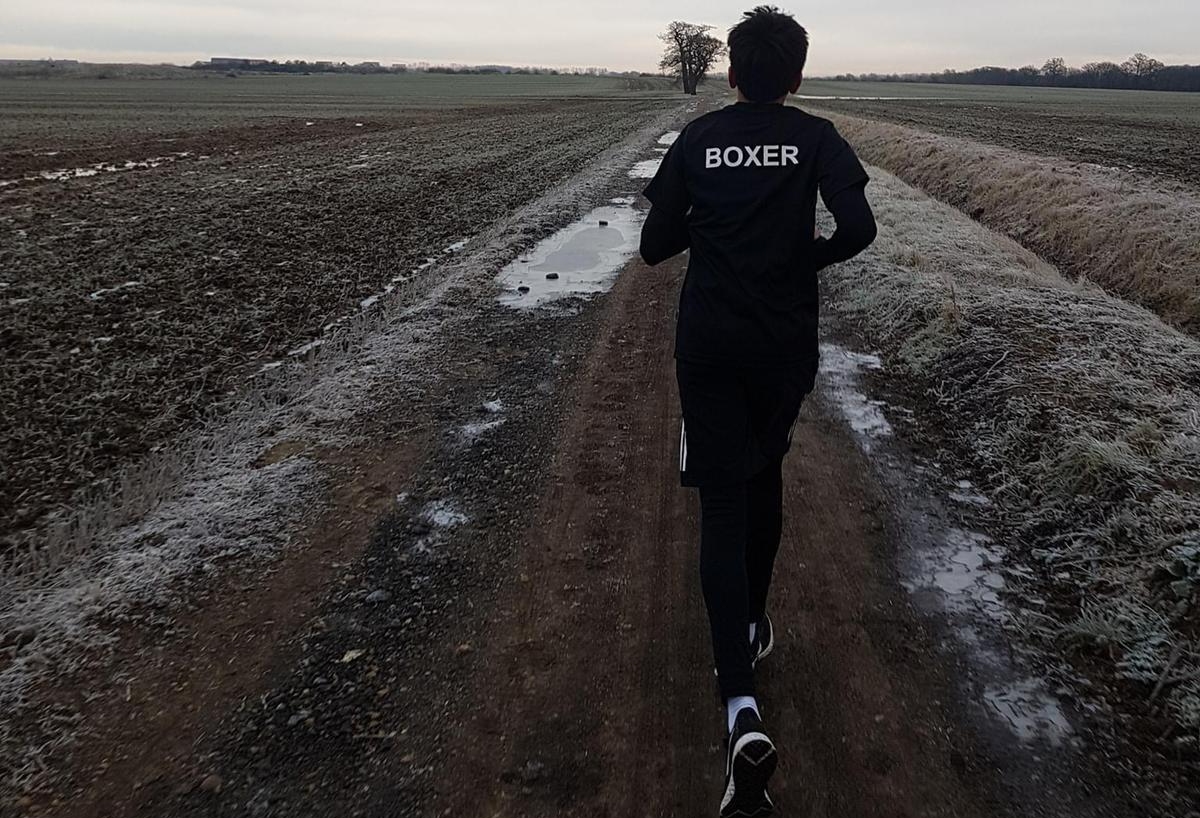 A total of 31 boxers weighed in with 734km, while six coaches and non-boxers accumulated 504km – the latter more than any other club.

That was reflected by the fact that their top three performers, who all passed 100km, were in that category in the shape on Simon Patterson (161.6km), Alex Oliver (102.3km) and Terence Murphy (100.2km). 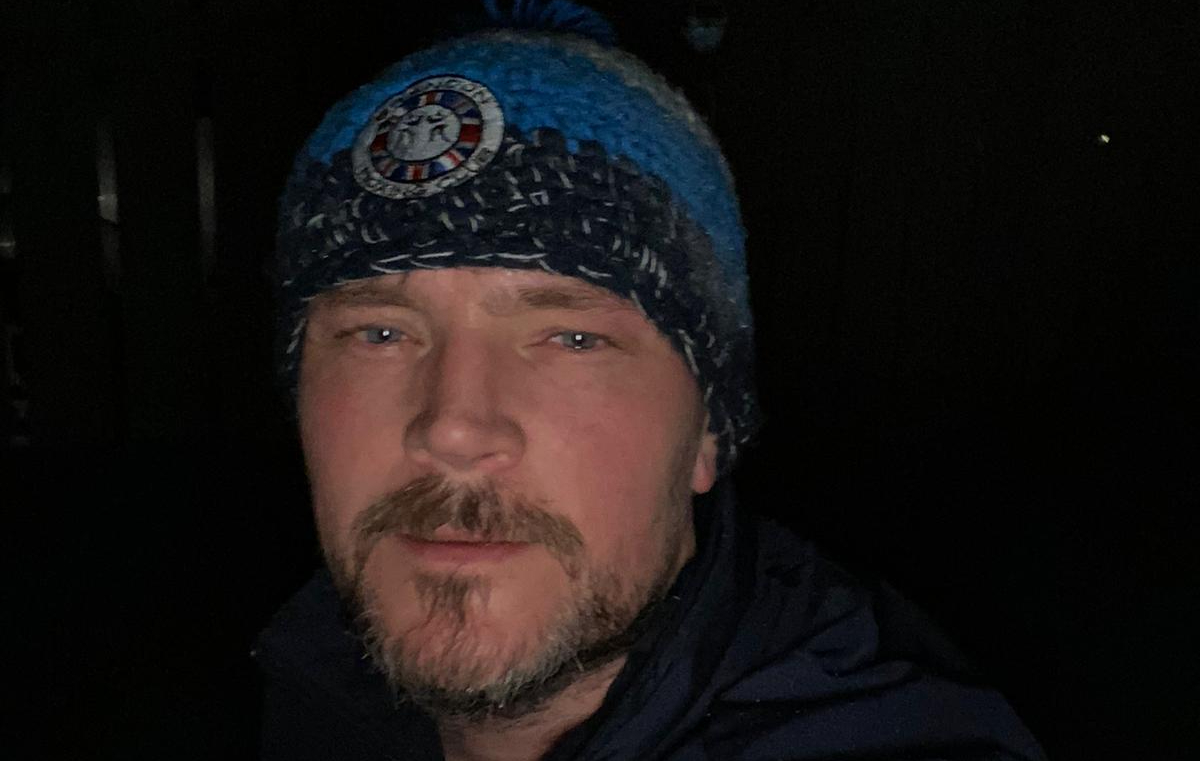 Their charge was led by coach Mark Drew (51.2km) and boxer Matty Murphy (50.1km), but there were good contributions all round.

Next came Midlands club Market Drayton, who managed 421km (262 miles) between just 11 members, with eight of those boxers (343km) and three coaches and non-boxers (78km).

Their star performers were Paul Quartermaine with 161.5km and Rebecca Jackson with 100km. 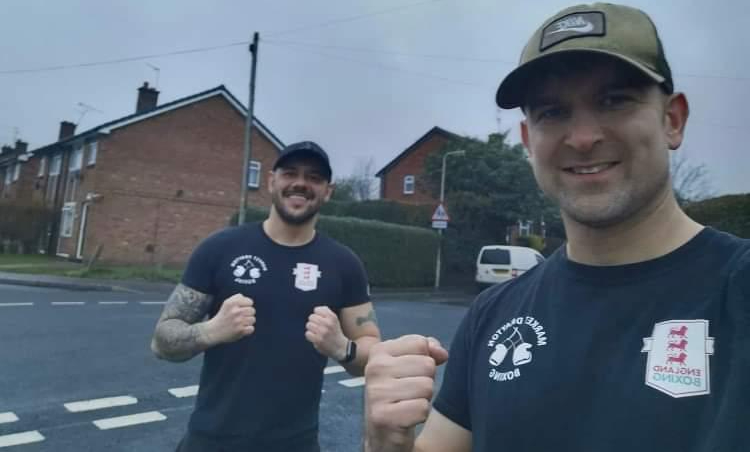 Bishop Auckland’s team entry was unique in that every member was a boxer, meaning for a healthy boxer total from 10 runners of 352km (219 miles). 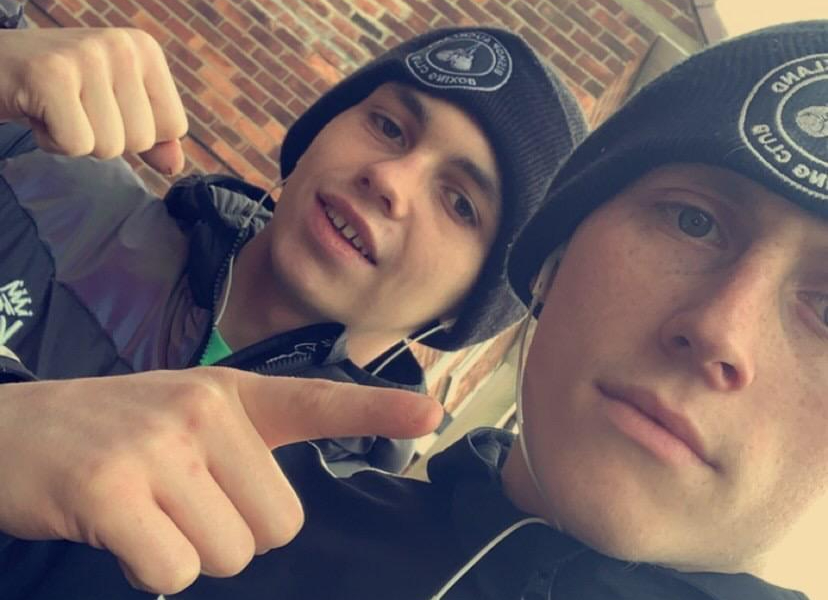 Merseyside and Cheshire’s Holmes Chapel recorded 247km (144 miles) as 16 of their runners took part in the mini-challenge.

12 of those were boxers, who accrued 181km and four were coaches and non-boxers, who added a further 66km.

Amalia Morris (36.1km), Callum Levitt (29.2km) and George Hill (29.1km) were the top three contributors but, again, there were solid efforts all round. 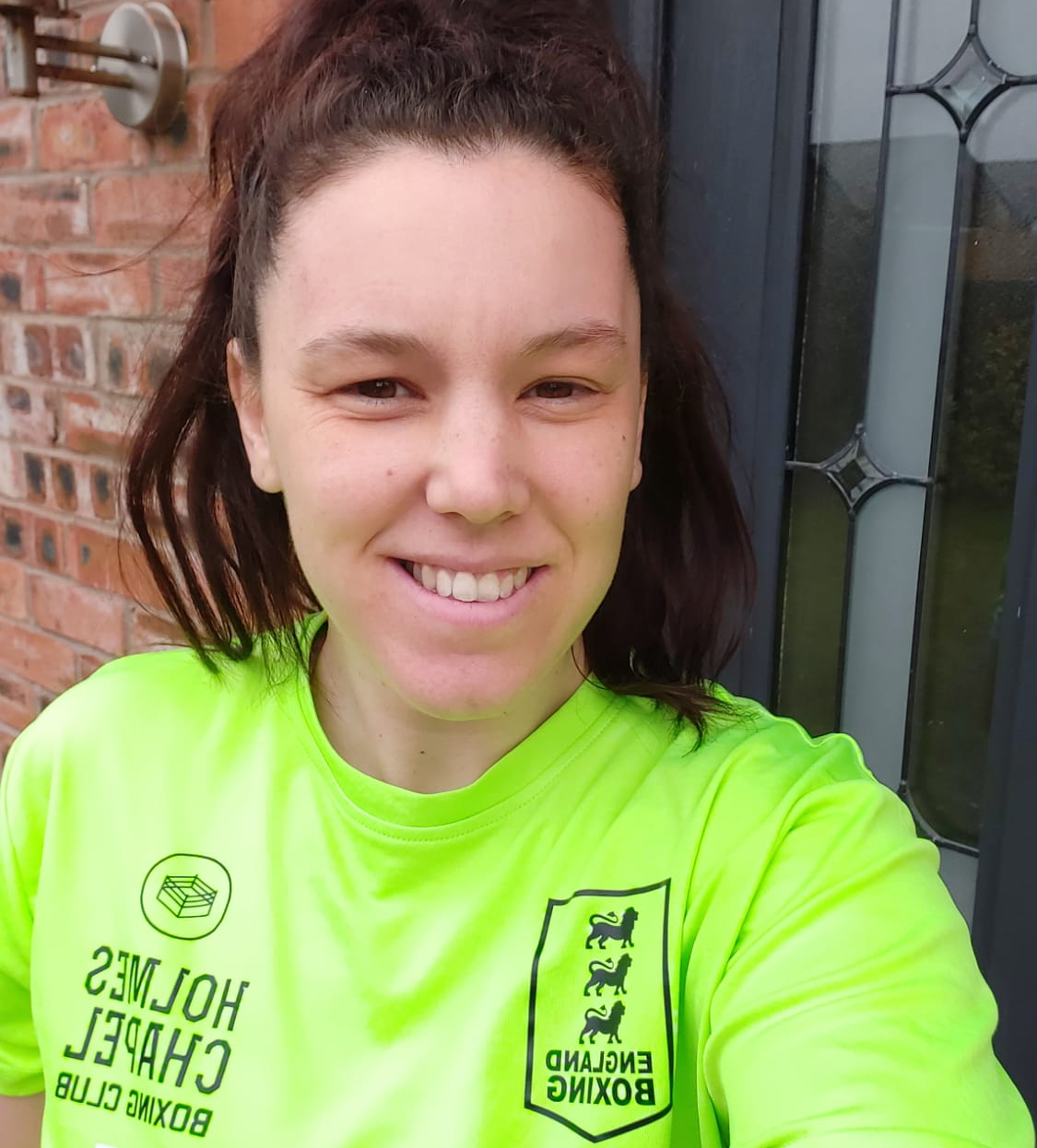 Despite having just seven runners, much less than some of the other clubs, Gosport were still able to register an excellent 164km (102 miles), again led by Mya Ash.

The Schools competitor notched 75.5km of the five boxers’ 131km, with Alex Page running 26.2km of the two coaches and non-boxers’ 33km.

Another small team to punch above its numerical weight were Birmingham’s Jewellery Quarter, who set up their Strava club only last week in order to take part.

The Midlands club’s seven runners managed a tidy 131km (81 miles), led by coaching duo Jamie Cahill (68.2km) and Claire Salisbury (19.4km), whose 88km was the vast majority of the total, as the boxers made up the other 43km.

The smallest team to enter was that of Southern Counties club Crawley, but they nevertheless posted a five-person total of 80km (50 miles).

That was split between four boxers who ran a collective 63km, led by Oli Rhymes (28.5km), and coach and non-boxer Simon Bayliss, who added 16.9km. 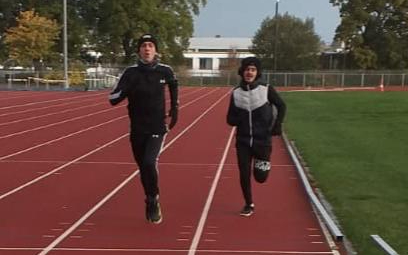 England Development Coach Amanda Coulson said: “For 10 clubs to run more than 6,000 kilometres between them in a week is a staggering landmark to reach and highlights the amazing dedication that has been on show.

“Barum has been rewarded for its commitment in getting so many people at the club to take part, but it’s great to see other clubs who haven’t got as many runners to put forward nevertleless entering and doing so well.

“Everyone who has taken part in this team challenge is a winner in my eyes because they are showing they want to stay fit and active during lockdown – and be part of their team – which is what, ultimately, this is all about.”

Join in with the team challenge

After a series of hard-fought individual mini-challenges over cumulative distance, 1k, 3k and 5k, it’s now time for strength in numbers to have a say.

Quite simply, we want to see which club can clock up the most collective miles through its members’ runs over the course of a week.

As the saying goes, there is no ‘I’ in team, so you will need rally your club-mates to ensure they do their bit!

Of course, the more a club’s members join in, the better their chances, but you will need to have at least three competing members to qualify for the challenge.

To enter, a team must email their results to matt.halfpenny@englandboxing, or WhatsApp them via 07885 283708, which must incorporate a screenshot of their own club page summary (please note this can only be accessed via mobiles, not laptops), as well as a screenshot of their club leaderboard.

If the leaderboard will not fit on one screenshot, please submit as many screenshots as is necessary to cover the full leaderboard, therefore evidencing your team’s running.

You can see examples of how it should look below, including collective and individual team member distances. 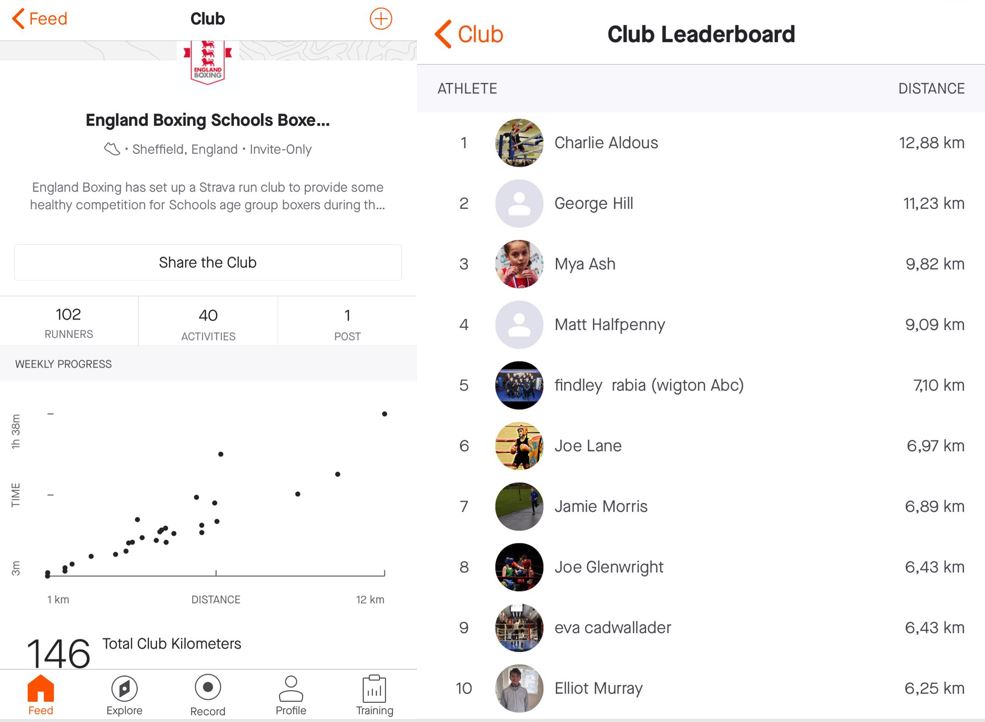 This mini-challenge will run for two separate weeks of seven days’ duration, firstly from 1st to 7th March, then 8th to 14th March.

To count, results must be received no later than 12noon on the Monday following the conclusion of the week’s challenge on Sunday evening.

The top teams on each occasion will get a shout out on the England Boxing website and social media.

Please note that club coaches and officials who set up and monitor their club’s activities should monitor the activities of under-18s and ensure those taking part do not push themselves beyond their running capabilities, while also getting the necessary rest.

Runs should be done either individually, with members of the same household (such as sisters Jocelyn and Eden Kilkenny of East Middlesbrough ABC, above), or in groups of no more than two people who must remain socially-distanced, in line with current government lockdown rules.

If you don’t currently have a team page for your club on Strava, you can set one up by joining Strava as an individual user and then going to Explore-Clubs-Create Club (please note this must be done on laptop, not mobile).

You can then invite individuals to join that club, who can also apply to join the relevant England Boxing Strava Running Challenge category using the information below.

How to join the England Boxing club categories

To join in with the England Boxing Strava Running Challenge 2021, first sign up to Strava at https://www.strava.com/, if you haven’t already.

Then head over to the relevant group to complete your registration. Runs will automatically be logged in the challenge once you are registered:

Please state your club and position on your Strava profile. For example, put ‘Army boxer’, ‘Steel City Coach’, ‘Aberfeldy Welfare Officer’ or ‘Wearmouth Administrator’. If you are an official with no specific club, please state your region and role, such as ‘Eastern Counties Judge’.

Should you have any problems with registering, please email: matt.halfpenny@englandboxing.org

Important: Please note that boxers and participants taking part are doing so their own risk and must ensure they have adequate footwear and clothing and no injury or health concerns.

It is recommended that participants do not to run alone in the dark or in adverse weather (such as snow or ice) and parents and coaches are requested to monitor the activity of under 18s and ensure that those taking part do not push themselves beyond their running capabilities, while also giving themselves adequate rest. Adults should also be careful to run within their limits and rest when appropriate. 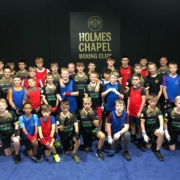 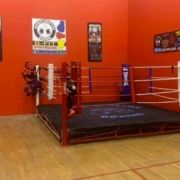 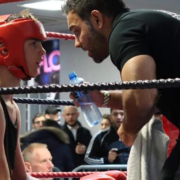 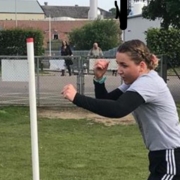 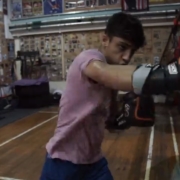 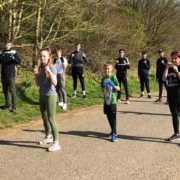