You are here: Home / News Articles / Tributes to Peter Holmes and Charlie Lawson

England Boxing has been saddened to learn of the deaths of two well-known members of the amateur boxing community. 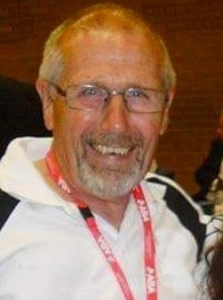 A post on the Staffordshire Amateur Boxing Association Facebook page read: “It is with great regret that we have to report the passing of much respected Boxing Coach Pete Holmes who has dedicated his life to Staffordshire Boxing Club Burton ABC, and over the years produced many champions from the gym in Burton-on-Trent.

“Pete can be seen to the right of the picture (above) with GB Boxer Frazer Clarke and lifelong close friend and Staffordshire stalwart official and boxing coach Tom Biccle. RIP, Pete.”

A post on its Facebook page read: “It is with extreme sadness that we have to report the passing of Club Coach Charlie Lawson early this morning.

“Charlie was a former Army boxer and coach at Sudbury before joining us here at Halstead. Our thoughts are with his three boxing Sons Jordan, Zak and Mitch. Rest in peace Charlie.”

England Boxing would like to extend its condolences to the family and friends of both men. 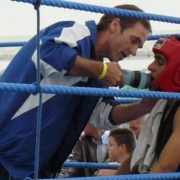