A total of 46 out of the 52 England Talent Pathway Coaches, Team Managers and admin staff booked onto an Equality and Diversity in Sport course funded by England Boxing have now successfully completed their training.

Those selected to take part were the ones who work closest with England Talent Pathway boxers.

England Boxing were keen for them to reaffirm their understanding that it is part of their role to practice and promote equality, diversity and inclusion within their clubs and throughout the Talent Pathway during training, competitions and day-to-day life.

The one-hour on-line session was followed by a test at the end and a certificate on completion.

Among the topics covered on the course were: What equality, diversity and inclusion are; What unconscious bias is; Their role in sport and how this impacts upon inclusion; How to promote good practice.

Those to successfully complete the course so far are: 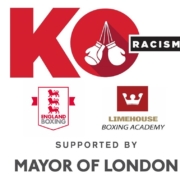