Hoddesdon Boxing Academy are hoping for a weekend to remember at the England Boxing National Youth Championships 2019 at Banbury, which starts on Friday (15th February).

Now they are eyeing national glory in a number of categories, with more than 50 members of the club expected to travel to compete and support.

“The Youths is a massive championships for us,” said coach Levi Hedges. “Most of these boys have been training together for four or five years now, so it’s great to see them all making great progress and getting this far at national level.

“It’s unbelievable to get so many boxers through to the quarters and we’ve a few who are hopeful of going all the way. It’s definitely helped that a number of them have added to their experience by boxing overseas.

“Some of the Cadets are coming along for the experience, which will be a very valuable one, but for the older ones this is a huge tournament and where they want to be.

“If you win at this level, then it really puts you in contention for England and GB honours – and that England Talent pathway is important to us as a club.

“A lot of these lads know what can happen if you succeed at youth level – it’s a vital step. They can see it first-hand at Hoddesdon with Jordan Reynolds, who’s now with GB, so they’re all ready to show what they can do.”

The action at the Spiceball Leisure Centre sees the quarter-finals boxed on Friday, semi-finals on Saturday and finals on Sunday, with around 160 boxers competing across 21 weight divisions.

Hedges is eager to see what some of his club’s boxers can achieve, though expectations vary depending on the experience of each.

He said: “Kyle Quinn (Cadet, under 49kg) is a current GB champion and has been to the nationals a couple of times, but there are some quality GB boys in the draw with him, so it will be interesting to see how he goes.

“Alex Head (Cadet, under 52kg) is the current novice champion at 49kg and we’ve put him up a weight, so he’s done really well to get to the quarters and this will be a good learning curve for him.

“We are really pleased with where Liam Clarke (Cadet, under 60kg) is at. He has a couple of regional titles to his name and if he could get to a semi-final here that would be a terrific achievement.

“Oscar Grey (Cadet, under 64kg) moved to Hoddesdon from Repton when he relocated to Cambridge. He’s been to the semis a couple of times before, so will be looking to go a step further.

“Josh Sholoye (Cadet, under 69kg) has just won a King of the Ring tournament in Denmark so is in good form and if he boxes well he could make a final.

“We’ve got big hopes for Georgie Ellis (Youth, under 49kg) and I know he is hoping to go all the way himself. He’s on the England pathway and a very capable boxer.

“George Mitchell (Youth, under 64kg) is a another hoping to claim a national belt, but it’s a weight category that’s stacked, so there promises to be some great bouts.

“Sam King (Youth, under 69kg) is a reigning Challenge Belt holder and is with England development. Getting to the final for him is doable.

“John Hedges (Youth, under 75kg) is my lad, so I have tip him to do well don’t I?! In all seriousness, he’s just won a King of the Ring event in Sweden and he has what it takes to be knocking on the door.”

Follow all the weekend’s action via social media using the hashtag #EBNYC19 and on our live stream that can be accessed via our YouTube Channel. 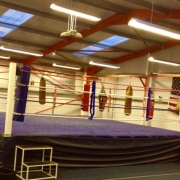 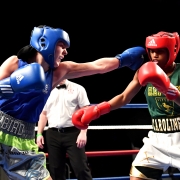 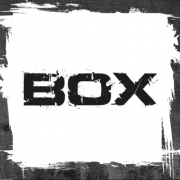