Ruby and Amber Moss-Birch became the first sisters since girls boxing was introduced to the England Boxing National Schools Championships to win titles at the same event, with victories in today’s 2019 Finals Day at K2 Crawley.

The duo from the Golden Rings club in Southampton made the journey to Sussex determined to etch their place in history – and did not disappoint.

Ruby was first up in the Female Cadet Under 42kg division as she stopped Charlotte Bowers of Right Stuff.

Sibling Amber had to wait until the last bout of the day in the same ring B and was made to work much harder before securing a split decision success over Madison Adkins of Bodyshots Redditch in the Female Class B Under 67kg division.

It was also a family affair for a trio of Powerday Hooks boxers, who were all victorious.

Jordan Barrett was impressive as she beat Mia Felton (Darlaston) in the Female Cadet Under 32kg and then watched her cousins, brothers James and Martin Nathan Barrett earn victories respectively against Sydney Welch (Darlington) and Bobby Tildesley (Chalvedon) in the Male Cadet Under 34kg and Male Class A Under 43kg divisions.

“I never thought I would win this title, so I was very happy to stop my opponent and now I just feel excited,” he said.

Cousin James added: “I feel on top of the world… to be the best in the country at my weight for the year. I’ve boxed everyone, and they are at a good level, so it feels good to have come through.”

Another proud winner was Bishop Auckland’s Jonas Railton, who emulated the achievement of his dad and coach Anthony, who also won a schoolboy title in his younger days.

“I’m very happy – I’m overwhelmed and excited to win this. I knew I had a good chance of winning it, so it’s a dream come true.

“I’ll be back in the gym on Monday for a light session and it will be great to see my mates and tell them all about it.”

Scunthorpe’s Jessica Keeton won her battle of the north against Ruby Atkinson in the Female Class A Under 45kg division.

“This feels amazing,” she said. Every night, five times a week, I’ve been training. It was my seventh bout today, so I never expected to get this far so quickly.

“I just started training when I saw an advert on Facebook to join a club and now the hard work has paid off.”

Dale Youth were also celebrating after winning what their coaches believe is a first England Boxing national title since the 1970s.

That was thanks to Mohammed Mehdi who secured a unanimous victory over Pound Lane’s Charlie Cooper in the Male Class A Under 52kg division.

“It was really fun,” he said. “I have been training hard every day. My dad and my coach push me hard and really support me.

“I try to make the most of my technique and use my feet to trick my opponent and I’m looking forward to getting involved with England now.”

Zain Hanif pulled out all the stops to earn his national title as he defeated reigning Schools champion Shane Price.

The Yorkshire boxer, from the Purge club in Batley, was delighted to clinch a spilt decision over his Albion opponent in the Male Class A Under 35.5kg division.

One of the best bouts of the day was reserved to the very end in Ring A, as the two big clubs – Pinewood and West Ham – battled it out.

And it was Londoner Anthony Connors who came out on top in the Male Class B Under 56kg division clash against Home Counties opponent Harry Wilson, by way of a split decision, after a rip-roaring affair.

“I’ve just won the Schoolboys!” said Connors. “I’s an unbelievable feeling. I’ve had 12 bouts and only lost one, but I came back to beat him the week after.

“It’s the first time I’ve entered and it’s great now that I am going to be involved with the GB Three Nations (In June).

Pinewood, however, had the consolation of being the most successful club at the Championships, claiming no less than eight titles.

Powerday Hooks were next with five, while West Ham and Sharpstyle took home four each. 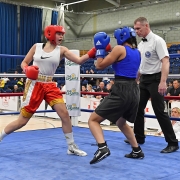 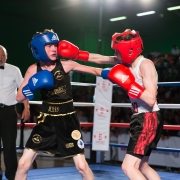 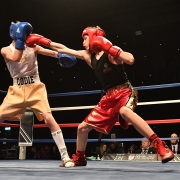 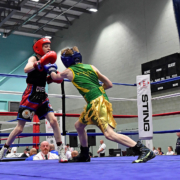 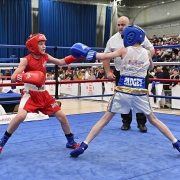 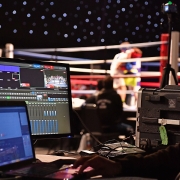 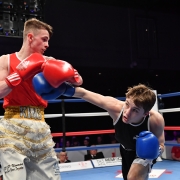