You are here: Home / News Articles / England Boxing members invited to apply to be Birmingham 2022 Commonwealth...

The search to find more than 13,000 volunteers for the Birmingham 2022 Commonwealth Games has begun – with England Boxing members encouraged to put their names forward.

Applications open today to coincide with Volunteers’ Week, with the aim of providing a community of passionate people with the chance to play a vital role in delivering the Games in just over a year’s time.

The volunteers – known as the Commonwealth Collective – will be a dedicated and dynamic group that will reflect the diversity of the West Midlands as well as the modern Commonwealth.

They will be the public faces of Birmingham 2022 and represent the heart and soul of the Games experience for athletes, officials, spectators and a global audience of over one billion.

The Games is the largest sporting and cultural event ever to be held in the West Midlands and the biggest in the UK for a decade.

The majority of volunteer roles don’t need any formal experience or qualifications, with full training provided.

Roles include drivers, first aiders, meet and greeters, venue preppers, kit carriers, courtside assistants, and everything in between to help the Games run smoothly and create a unique experience right across the region.

The Commonwealth Collective will receive approximately 250,000 hours of training and complete one million hours of volunteer time.

Applicants must be aged 18 by 1st January 2022 and can select preferred areas of interest which include Event Services, Accreditation, Transport, Sport and Media. The deadline for applications is Tuesday 17th August at 7pm.

A young volunteer programme for 14-17 year olds will begin recruitment in the autumn.

25,000 shortlisted applicants will be invited to an interview at the Volunteer Selection Centre between September and December 2021, which will be held at the iconic Library of Birmingham.

Successful volunteers will be notified with a role offer from January 2022.

To mark the launch of volunteering applications, Birmingham 2022 enlisted the help of three elite athletes to volunteer at West Midlands community organisations and sport clubs to encourage applications.

Commonwealth gold medal-winning boxer Galal Yafai, para swimming legend and Birmingham 2022 board member Ellie Simmonds and Team England rugby sevens player Heather Fisher took time out of their training schedules to give back and volunteer, trying out some of the tasks that the Commonwealth Collective might typically handle.

Athletes often emphasise what an important role volunteers have in making a Games. These athletes took the time to experience life as a volunteer, giving something back to their community just as volunteers at Birmingham 2022 will be able to do.

“The pandemic has seen so many wonderful examples of people coming together to support their neighbours and each other and has served to underline what we have always known – that we are stronger together,” said John Crabtree, Birmingham 2022 Chairman.

“We will now see this first-hand at Birmingham 2022 with the formidable Commonwealth Collective. Our volunteers will be part of something special and the Collective will celebrate the unique qualities of each and every one of them.”

Andy Street, Mayor of the West Midlands added: “This is an incredible opportunity for residents across the West Midlands, and in particular young people, to get involved in the Commonwealth Games.

“We know these Games are going to be a once-in-a-generation moment for our region, so we must get as many people as possible involved.”

Applications are now open to be a volunteer at Birmingham 2022 and join the Commonwealth Collective. To apply and find out more, visit www.birmingham2022.com 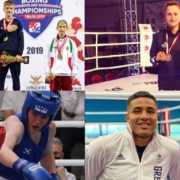 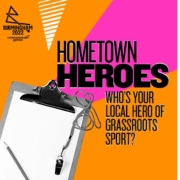 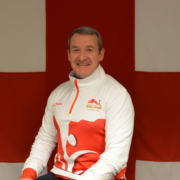 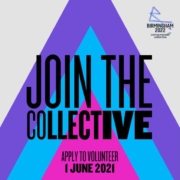 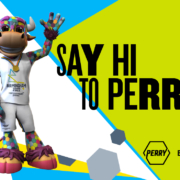 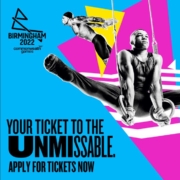 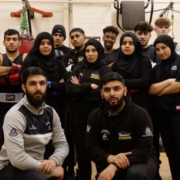