England Boxing is excited to launch the new England Boxing Title Belts competition – and can confirm the first set of bouts to get things started.

The new structure and processes put in place have been designed to make it easy for boxers and clubs to understand how they can compete for a Regional, Area or National Belt.

The three levels of belts are now all aligned, ensuring every boxer has a chance to compete at their appropriate level.

England Boxing will manage the National and Area Belts, with each Region managing its own Regional Belt system.

The rules and regulations, including details on the full structure and processes, can be found here.

“The launch of the new England Boxing Title Belts directly addresses one of the objectives from our strategy around providing more competitive opportunities for boxers across different levels,” said David Thorley, Head of Talent and Competitions at England Boxing.

“The National, Area and Regional Title Belts allow boxers more chances to develop and succeed outside of the championship calendar and should ensure that more boxing is taking place with titles on the line.

“The new structure in place is more transparent and more accessible to all clubs, giving boxers an exciting journey, as they could work their way up the structure all the way to National Title Belt level.”

The National and Area Belts all start as vacant, so it first had to be decided who would box off for the National Belts, to get the first belt holders in place.

The Title Belts Panel looked at all available and registered boxers and considered a boxer’s placing in National Championships as a primary issue.

Bouts are listed below, but note that boxers on any GB Boxing programme, or who are the current national champion in that weight category, are not eligible to compete for the Title Belts at any level.

Where weight categories are not mentioned above, there are no eligible boxers still active, so boxers will have to work their way up the Title Belt system, as highlighted in the rules and regulations.

Clubs and boxers may begin to arrange the bouts above, but all details must be sent onto titlebelts@www.englandboxing.orgfor sanctioning.

Please note that the sanctioning fee will not be in place during 2019 to encourage more bouts.

The rules and regulations behind the England Boxing National Title Belts can be found here, where a full explanation of the structure and processes are outlined.

Further information around the structure and Area Title Belts will be released next week. Any questions in the meantime should be directed to the Title Belts email above. 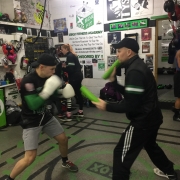