You are here: Home / News Articles / Tickets on sale for London Olympic qualifier

Tickets for the Boxing Road to Tokyo Olympic Qualifying event in London are now on sale.

You can go to at see.tickets/boxingroadtotokyo to secure them with prices starting at £5 (£2.50 concessions) for many of the sessions at the biggest Olympic boxing event to take place in England since the 2012 Olympic Games.

The 11-day tournament is being held at the Copper Box Arena on the Queen Elizabeth Olympic Park from 14th to 24th March 2020 and will see up more than 350 men and women from over 40 countries compete for 77 places at the Tokyo 2020 Olympic Games.

The action will take place across eight men’s weight categories and five for women. 50 qualification places are available for the men and 27 for women.

Eight men and five women from the GB Boxing squad will be selected to compete at the tournament, which will be their first opportunity to qualify for Tokyo 2020.

GB Boxing’s super-heavyweight, Frazer Clarke, who has high hopes of being selected to compete at the event, said: “I have waited a long time for my opportunity to qualify for the Olympics so to have this event on home soil with the crowd behind us is going to be massive for me and all my teammates.

“As part of the GB Boxing squad we hardly ever compete in the UK, so it is great that people will have the chance to come and support us as we look to secure qualification for Tokyo.

“The standard of boxing in Europe is very high so it’s a chance for people to experience top-class, elite boxing and see men and women, from both Great Britain and abroad, that are going to be big stars of the future.”

The arena at Boxing Road to Tokyo will have two rings for the first five days of competition.  Seating will be unreserved in the Upper Bowl, allowing spectators to move between the two rings and get the best view of the action they want to watch.

For the final six days of competition, when boxers can begin to secure their place at Tokyo 2020, there will be a single ring with reserved seating. 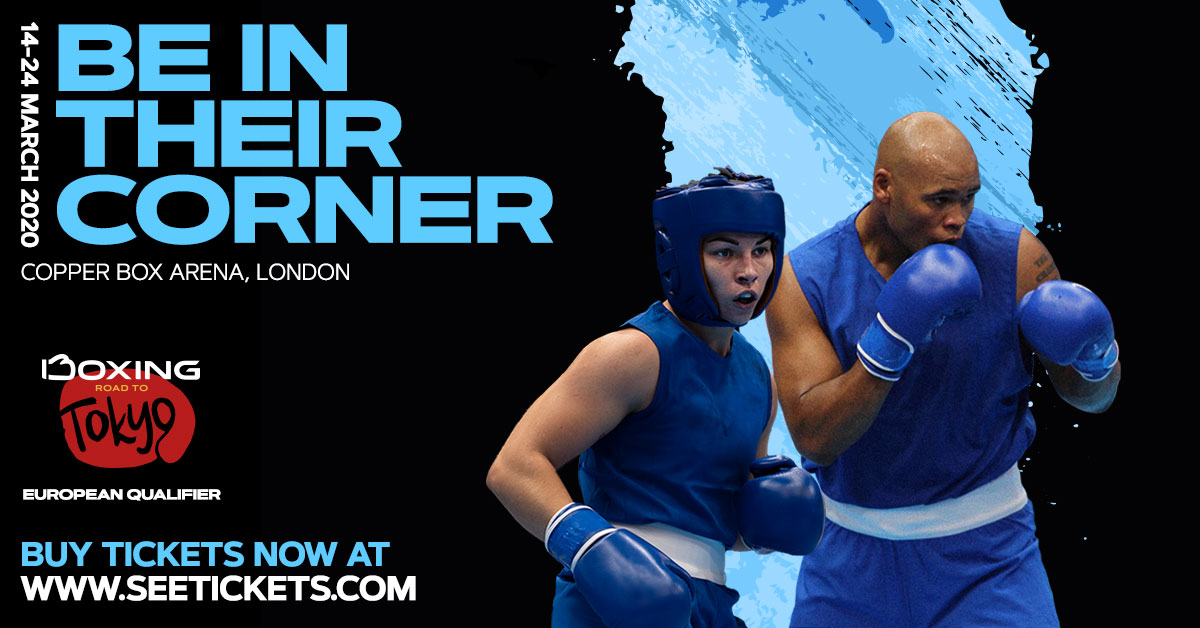