Boxers, coaches and officials who are members of RAF Boxing have teamed up to complete a 50-hour Christmas Fun Run.

At least one of around 20 participants will be running at any given time for the duration of the challenge, which began at 10am on Tuesday and will conclude at 12noon today (Thursday 22nd December).

In completing the challenge, they are raising money for the RAF Association, who support people who have or are currently serving through a host of issues.

With some participants having gone home for Christmas and others taking part while serving overseas in places such as the Falklands Islands and Cyprus, the running distances are all being logged on the Strava App.

Organiser Aaran Devine, who has boxed for the RAF in the England Boxing National Amateur Championships and also represented Scotland in the GB Elite Three Nations, has been delighted with the response to his idea. 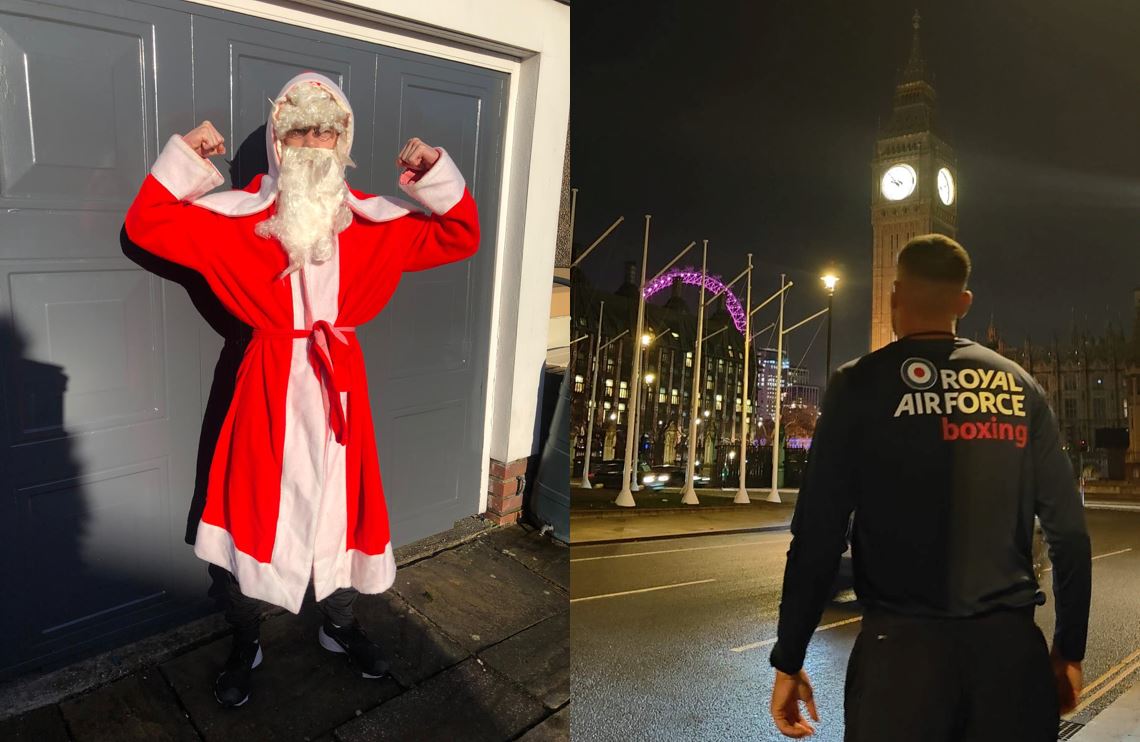 “It has ended up being a lot bigger than I thought it was going to be and I haven’t had the trouble in filling the night-time slots that I thought I might as we had some volunteer for that straight away, which was great,” he said.

“It’s not about how fast or how far, but about having a go, and there have been plenty of people keen to help out, whether they are at home or overseas.

“This Christmas period was the only time we could really arranged this between people training hard and appearing in tournaments, but we wanted to give something back to the RAF Association, who have been a big supporter of us.

“Some people are doubling up to do more than one hour-long stint and some people will be running as much as 13k or 14k in their hour, so it will be interesting to see how far is covered by the time we collectively finish.

“Some are dressing up as elves or Santa, so there is a very festive theme about the running. I’d like to say thank you to all those who are taking part and to all those who have donated so far.”

If you can support the team with a donation, please click here.