The Chairman of England Boxing’s Board of Directors, Caspar Hobbs, is to step down in mid-February after completing the maximum of two four-year terms.

He will be replaced by current Deputy Chairman, Alkit Patel, who will take on the role on an interim basis while a permanent successor is sought.

There have also been significant increases in number of female members, as well as coaches and officials.

The England Talent team has encountered success like never before, winning a record 38 medals in 2018 and following up in 2019 by taking a Three Lions tournament-best nine gold medals at the EUBC European Schools Championships.

Domestically, the tournament set-up has now evolved to stage five National Championships at Senior (NACs), Youth, Junior, Schools and Development levels, as well as the GB Three Nations (along with Wales and Scotland) and Women’s Winter Box Cup.

With the assistance of England Boxing’s Club Support Officers, more than £28.9m has been secured by affiliated clubs since 2017 to spend on club facilities, equipment, upkeep and vital community projects.

“It’s been a privilege to serve as Chairman of the Board of Directors for England Boxing,” said Hobbs. “I have enjoyed the experience and am proud of what has been achieved during my time with the organisation.

“While it’s those at the top of the sport that frequently get most of the headlines, I’ve been just as pleased to observe the fantastic community work that so many clubs take on year in, year out.

“Boxing Clubs are so often the hub of the local communities they serve and provide a vital outlet for so many people of all ages, not just in terms of the boxing itself, but all the other activities they get involved in, from food parcel delivery and sponsored runs to anti-knife crime workshops and ‘Fit and Fed’ holiday clubs.”

The appointment of Patel, who has significant experience on the England Boxing Board, having been in post for six years, will ensure continuity during the interim period.

The chair of the Audit Sub-Committee is looking forward to overseeing the implementation of the early stages of England Boxing’s new 2022-27 Strategic Plan Inspiring and Transforming Lives Through Boxing.

Patel said: “I would like to put on record our sincere thanks to Caspar for his considerable contribution to the hugely-encouraging progress that England Boxing has made during his period as Chairman of the Board.

“During that time there have been some significant challenges and hurdles to overcome, not least during the Covid-19 Pandemic, but his knowledge and acumen have been exemplary throughout.

“Looking forward, we are determined to carry on the good work that Caspar has done by continuing to push England Boxing to new heights.

“I’m particularly keen that we should continue to strive for greater equality, diversity and inclusion, as detailed in our new strategic plan, while also helping the boxing community thrive, no matter what their background and interest in the sport.”

The process to find a suitable replacement for Hobbs will now be put in motion with immediate effect and an announcement on his successor will be made once an appointment has been finalised. 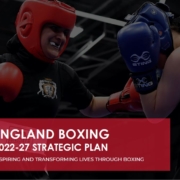 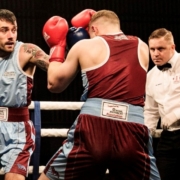