England Boxing has teamed up with the University of Warwick and UK Coaching in a bid to interpret and improve the way in which coaches communicate in high-pressure situations.

The language used by 10 England Talent Squad coaches between rounds during England v Wales and England v Scotland international duels last October and November was recorded via microphones in order to be analysed.

The results are being published in a study led by linguistics expert Dr Kieran File, who is an Associate Professor of Applied Linguistics at the University of Warwick, entitled Focus on Coach Talk: How Do Boxers Communicate In Breaks Between Rounds?

The study is now being made available to a cohort of England Talent coaches who will take part in online sessions led by UK Coaching and England Boxing, where the findings will be discussed.

It is hoped the best practice stemming from the research can eventually be passed on to coaches at regional and club level.

The project has been possible thanks to funding from the Economic and Social Research Council.

“High pressure situations can put pressure on communicators, and boxing is a great sport to explore this, particularly the one-minute breaks between rounds, which are an important but high-pressure coaching interaction,” said Dr File.

“Coaches are doing a lot of complex coaching work in a short space of time. They are settling the boxer and getting them ready for feedback, checking they are healthy and OK to continue, guiding them through rest and recovery exercises, processing the positives of the round, outlining areas to work on, motivating and encouraging the boxer, and helping them refocus for the next round… all in 60 seconds, and all through language!

“By doing this we aim to create a framework to facilitate critical discussions about coaching language in boxing and other combat sports and help locate aspects of coaching communication in these sports that coaches feel needs more research.”

The England Talent Squads have secured plenty of success in competitions over recent years, winning 97 medals at major competitions between 2017 and 2019, with 46% of that tally being golds.

With no major World and European tournaments to contest in 2020 due to the onset of the Coronavirus Pandemic, the coaches behind the boxers have been keen to examine other possible marginal gains. 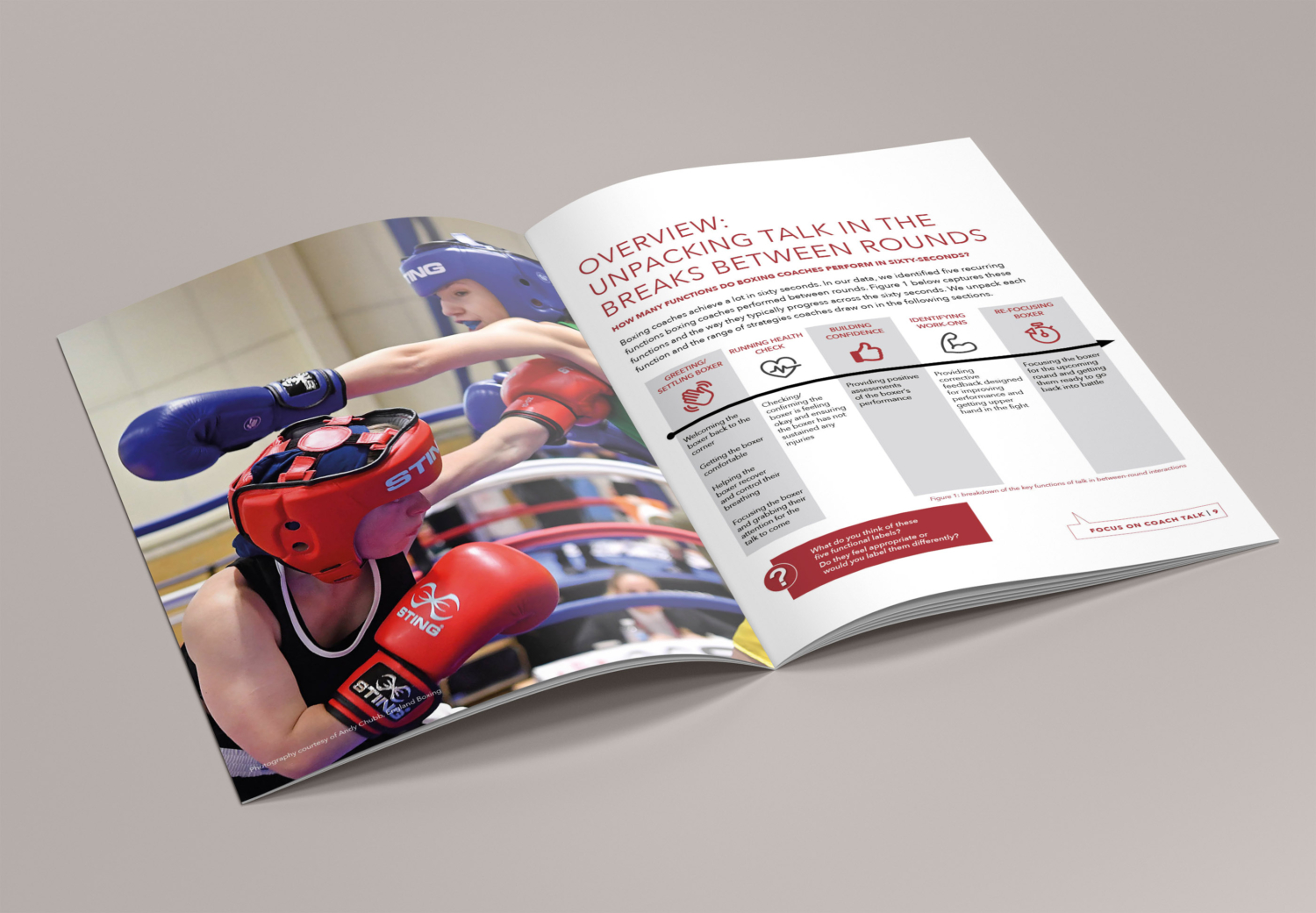 It forms part of a continued commitment to Continuing Professional Development (CPD) and coach development in line with England Boxing’s overall strategy.

England Boxing’s Interim Talent Pathway Manager, Andrea Rankine said: “Lockdown has provided a quieter period for coaches and the people that work directly with pathway boxers to reflect on their current practice and improve their expertise.

“One of the key skills coaches require in boxing is communication and this research by has provided coaches with live data to analyse and interpret. The study is an excellent starting point to help coaches to question their current methods and look for opportunities to improve the way they get their messages over to boxers.

If the pilot project within boxing is successful, then UK Coaching – which has also helped facilitate the project and driven data collection – will be looking for other coaches in other sports to take part in a similar process in the future.

“The research started life as a coach developer chat over a coffee with England Boxing’s Development Coach Amanda Coulson,” said Alan Rapley, Coach Developer at UK Coaching. “We discussed the different styles and approaches coaches took with their athletes in between rounds and we were both intrigued to see if there was a ‘right or wrong’ way of doing this.

“It quickly became apparent this was an under-researched area. As such, we hatched a plan to collect data and, with the help of Dr File at the University of Warwick, set to work on creating the findings and incorporating them into the study.

“The workshop for boxing coaches should hopefully be delivered in early 2021 and the hope is that the findings will be explored in the real world. Although this research was aimed at boxing coaches, a lot of the information and ideas are applicable to many coaches, working at multiple levels of performance.”

You can read the study in full by clicking here.