You are here: Home / News Articles / Downend’s Chris out to be third generation of Richardson to pack...

A teenage Downend Boxing Club boxer is determined to uphold his family’s name in the sport after becoming the third generation to take to the ring.

Chris Richardson is following in the footsteps of granddad Steve and dad Neil in looking to successfully compete as an amateur. 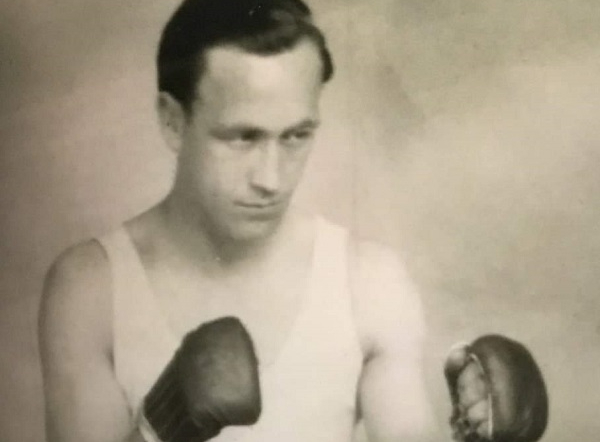 Steve was one of Bristol’s most experienced amateur boxers, competing in over 100 amateur contests in the 1950s and early 1960s.

Boxing for the Robinson’s and British Railways clubs, it was normal for Steve him to three times a day in competitions throughout the West.

A victim of bullying in his early years, he told himself it would never happen again, and started training at the same gyms as two of Bristol’s most famous boxers, Terry Ratcliffe and Gordon Hazell.

As the sport does for so many young people, Steve’s became hugely committed and disciplined, to the point that his competitions gave way to meet the demands of the region’s professionals to spar with him.

Long after he retired from the ring, Steve (pictured right) attended Downend Boxing Club and offered advice to the young people, imparting his limitless knowledge and life experience.

His catchphrase could be heard at least twice every session – “self-recommendation is no recommendation – and that encapsulated the wonderful humble manner of our life vice president.

Steve passed away in 2018, but his legacy can be seen in that son Neil, having boxed, is currently training as and England Boxing coach.

Chris, 16, meanwhile is a fledgling boxer showing great promise, as well as his grandfather’s commitment and drive.

“Steve was a wonderful gentleman and this has passed to his son and grandson. However, sharing a boxing ring with them is another matter!” 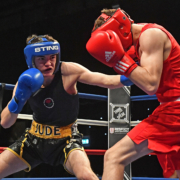