Those involved in boxing across London are being invited to take part in one of three KO Racism online workshops, which will be staged later this month and in August.

150 virtual places (50 for each of the three weeks) have been made available for the free sessions, which are part of the Mayor of London’s Major Sports Events Community Engagement Programme.

Originally designed to be delivered face to face to during the 2020 Olympic Games’ European boxing qualification competition held in the capital in March, the KO Racism workshops had to be postponed due to the Coronavirus Pandemic.

However, they have now been rearranged via Zoom calls and will be delivered by co-founders of the campaign, Shah Rahman and Mark Collings of the city’s Limehouse Boxing Academy, with support from England Boxing’s Club Support Officer for London, Bevis Allen.

Each of the three 75-minute sessions will feature a presentation followed by a Q&A session with a guest panellist, which will typically be a former boxer.

Among the topics covered are:

The sessions you can virtually attend are Tuesday 28th July, Tuesday 4th August and Tuesday 11th August (all from 2pm to 3.30pm).

“We think it’s very important for people to learn the importance of working together and the multicultural values that a great sport like boxing offers,” said Rahman.

“KO Racism takes a very relevant and current subject to a grass roots audience. We want to use boxing to help educate around issues that have meaning for everyone.”

The Mayor of London’s Major Sports Events Community Engagement Programme is being delivered by London Sport between 2018 and 2021.

It aligns to the objectives of Sport Unites, the Mayor’s flagship community sports programme that contributes to his long-term vision to make London the most active and socially-integrated city in the world.

To book your place, go to England Boxing’s KO Racism page by clicking here. Places will be allocated on a first come, first served basis. 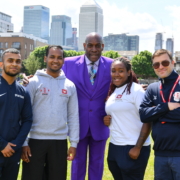 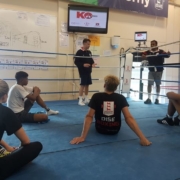 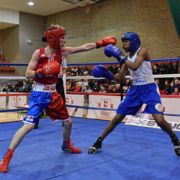