Based at the Cowgate Centre in Newcastle-upon-Tyne, the venue frequently takes in young people who have suffered problems in mainstream schooling to offer them alternative education provision alongside the opportunity to box.

Vulnerable children will still be cared for during the outbreak, but any extra capacity will be used to help service those in their area who need it most.

It means they know which areas of the community to target – but are also appealing to anyone who maybe struggling at this difficult time to get in touch.

“While our boxing and café has shut down, we have the facilities to be able to cook food on site and a minibus to be able to get it out there to those in need,” said Sporting Chance’s director Jamie Cairns.

“We would usually serve food on site at minimal cost and we don’t want that food to go to waste, so that’s why we’re taking this out to the community instead.

“This really is absolutely vital if you look at those who are vulnerable. This is not just the elderly and those who need to self-isolate for health reasons, but also for low income families who have been severely affected.

“There are people who have been on zero hours contracts who are losing their jobs, so it’s a really testing time for them and good that we can help out in some small way.

“If people elsewhere have the capacity, then I would urge them to do the same. It is our way of doing National Service.”

* Are you an England Boxing-affiliated club keen to help during the Coronavirus outbreak? If so, tell us what you are doing to support your communities.

Send us stories with pictures/videos (preferably landscape format) to matt.halfpenny@englandboxing.org so we can highlight the difference you’re making. 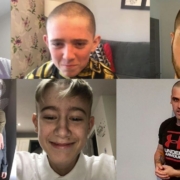 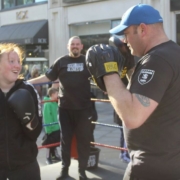 Off The Streets tackling knife crime issue in Newcastle