Williams was chairman of London region’s Double Jab ABC from soon after its formation in 2012 until last year, when ill-health limited his involvement, and was also a respected official.

Head coach at the South London club, Mike Harris, said he will be ‘greatly missed’.

“Richard was very calm and well-mannered, hugely respected and had an ability as a professor and lecturer to get on with all kinds of different people,” he said.

“I think what appealed to him more than anything was that it was a world away from his normal working life. But he was one of those people who just loved boxing.

“He was always on hand to help people out and offer them advice whenever they needed it and was regularly at the club to train, which helped with his Parkinson’s.

“I know he tried his hand in the ring himself, so he had a very good understanding of the sport, but it was in his administrative duties and out of the ring that he really excelled.”

Williams also served as assistant secretary to the London region and was also secretary of the South East Division as was.

He was secretary of Fisher Downside ABC for a number of years and also acted as a supervisor on the amateur circuit.

Terry Gillam, of Nemesis ABC, who acts as officials (R&J) secretary for the south of the London region, worked alongside Williams for many years.

He said: “He was a very nice chap – a gentleman. An educated man and a proper boxing man too.”

His wife, Jan added: “Richard loved boxing and this was rather surprising. He was very short-sighted, not especially sporty and innately gentle. I understand, however, that his left jab was quite something.

“I think of Richard as a scholar, librarian, musician and linguist. He could also drive a tractor and milk a cow. He kept up his singing to the last and singing was as essential to him as breathing.

“He also continued with his boxing training twice a week as this helped his movement enormously and he always walked better when he came back from sessions.” 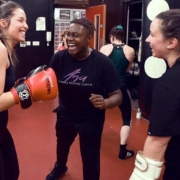 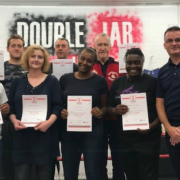