Great Britain’s future Olympians and Paralympians are travelling nearly 1,500 miles every single month to train and compete, according to SportsAid’s annual athlete survey.

Delivered by Nunki Solutions, a leading partner of the charity, aims to highlight the commitment and dedication shown by the next generation of athletes – and their families – as they look to pursue their sporting ambitions.

The questions asked covered a range of topics including finance, biggest challenges, key motivations and the importance of SportsAid.

The survey, revealed on the opening day of SportsAid Week 2019 on Monday, shows that athletes travel 373 miles in a typical week to get to training and competitions – that’s a huge jump from the 207 miles recorded last year.

The majority of athletes train twice a day with the most frequent time for sessions falling between 5pm and 9pm.

As you’d expect, with the distance covered getting to and from venues, travel is the single greatest expenditure for athletes followed by money spent on accommodation.

The overall average spend for a SportsAid athlete annually has risen from £5,022 to £7,089 over the last decade.

It means that the Bank of Mum and Dad, British sport’s most loyal and longstanding ‘sponsor’, committed more than £8m to support their talented children throughout the last 12 months, with 15% of athletes saying they would have given up their sport, or consider doing so, without SportsAid.

The findings from the survey, which can be found in full below, have been released to coincide with SportsAid Week, for which the fundraising drive is taking place for the fourth consecutive year and has generated close to £150,000 since 2016.

The money raised helps the charity to provide crucial financial support, national recognition and personal development opportunities to the country’s most promising young athletes during the early stages of their careers.

There’s still time to get involved, and you can do so by clicking here. 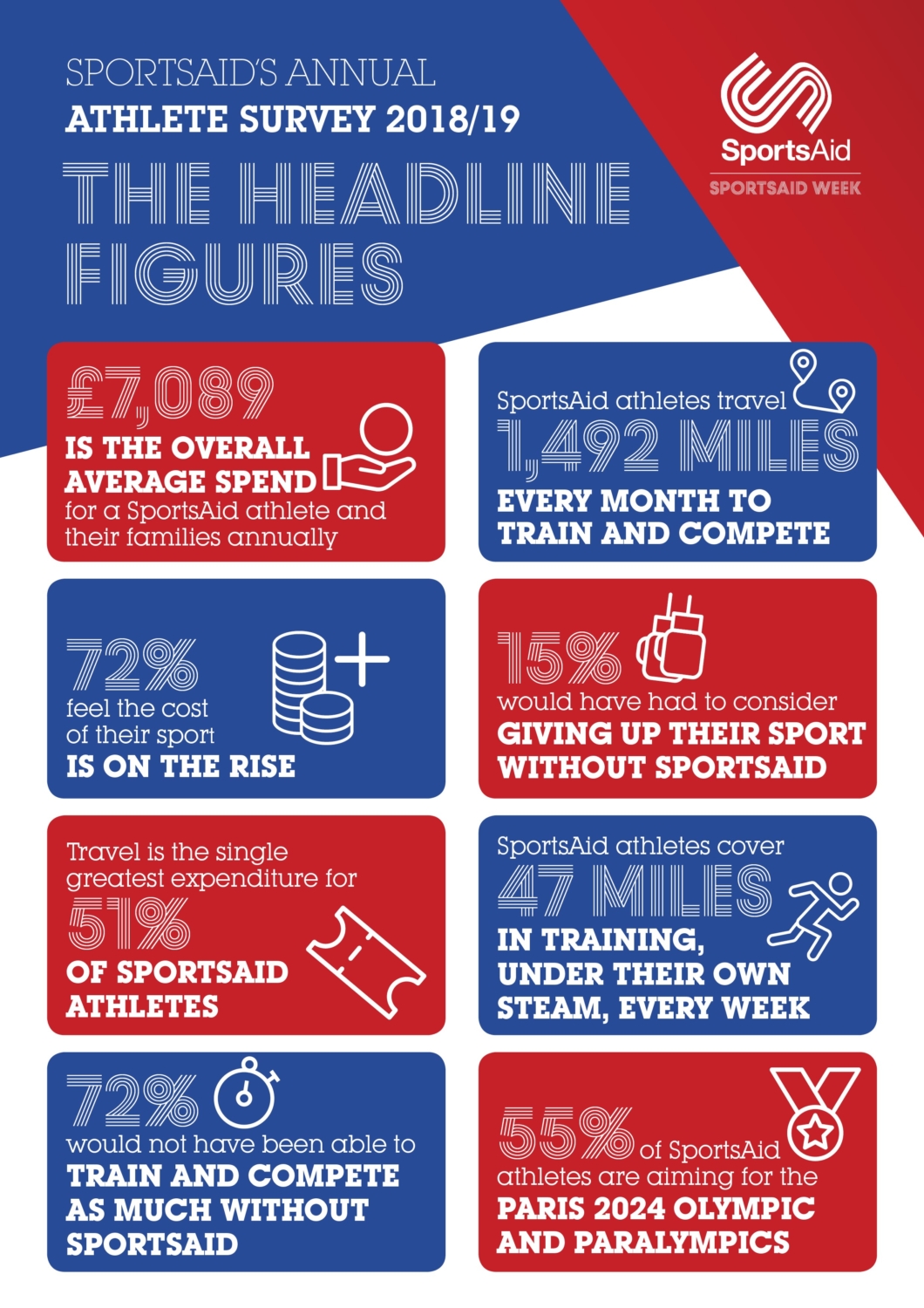 Membership Survey – tell us your views