A Staffordshire boxing club hopes to expand its membership significantly after completing a £150,000 extension and renovation of its gym, which is set to open next week.

England Boxing-affiliated Orme ABC, situated in Newcastle-under-Lyme, close to Stoke-on-Trent, has previously had to turn down newcomers due to lack of space at their facilities.

But after securing a Community Asset Fund (CAF) grant from Sport England, the club is now looking forward to widening its community provision.

The club has also secured £20,000 from an Awards for All grant to buy new equipment to kit out the gym, which has doubled in size.

“I’ve been at the club for 32 years and while we are well established, it was frustrating that we were forced to turn people away unless they were aiming to become carded boxers,” said Steve Woodvine, Head Coach and Club Secretary.

“Our original gym was an old joinery shop on the site of the old Orme Boys’ School. It’s always been a small gym, so while we’ve had some good boxers, we’ve had to focus on quality over quantity. We couldn’t stretch to anything else.

“Now we have the extra space, not everyone has to be a carded boxer, and we can have people in who just want to train and get fit. 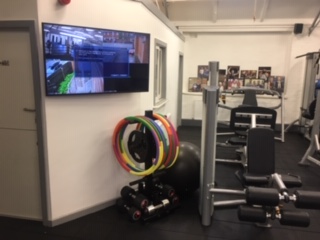 “In time, we can also put on extra sessions and we’re also looking to work with the local police on community projects.”

Steve believes the facelift will, in its own right, have a positive impact on club operations, providing a more stimulating environment in which people can train.

There has also been the opportunity to install changing facilities for women, which was previously not possible, along with showers and an office.

He said: “It really was a little bit grotty and we had plaster falling off the ceilings in places (see pictures below), but now it’s totally different.

“We have got a new ring, an area where we can do strength and conditioning work and all the extra space which has come from building the extension on what was previously an overgrown plot of land.

“We’ve always been happy for female boxers to come to the gym, but it’s been difficult because there’s been no separate space for them, so now we hope to encourage that side of things.”

Steve admits it has been tough going at times to bring the project to fruition, combining his efforts in putting together an application with his coaching duties.

However, he feels it is worthwhile now he can see the results and the potential that it brings.

“It’s been two-and-a-half years since I first had the idea to do this and it’s not always been easy trying to juggling things, but the reward is there now.

“I didn’t go down the line of getting help from my local Club Support Officer (CSO) to do the build, but Mick Maguire (Midlands CSO) has been there to help in recent months to help with getting the grant for some of the equipment.

“It’s great to be getting back to the boxing and we’re looking forward dot what the future brings.”

Orme would like to thank nearby Silverdale ABC for hosting sessions while the work on their new gym was being carried out.

If you need help with a project, go to the Developing Your Club page of the England Boxing website of contact your regional CSO. 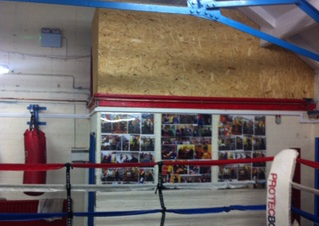 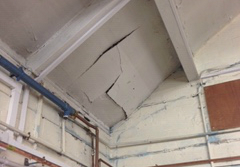