Charan Dhesi insists that moving up an age band ahead of the England National Junior Championships 2019 does not faze her.

The East Hull Boxing Academy boxer has left the Schools ranks behind to take her place in the ring as a junior for the first time at the Magna Science and Adventure Centre in Rotherham on Saturday 23rd March and Sunday 24th March.

But the 14-year-old is confident her experiences in representing England at the European Schools Championships in Bulgaria last year, where she won a silver medal, will stand her in good stead when facing older girls.

The Under 48kg boxer is to skip Junior Cadets and go straight into the Juniors, meaning she could give up well over a year to some opponents.

“I can’t be sure what I’m going to be like in the older age category, where I’m boxing girls a lot older than me, but I think I’ll be alright,” she said.

“It will be tougher, but I’m still confident and I’ll be going there to try to win the tournament – and will be disappointed if I don’t.

“Going to the Europeans last year was a fantastic experience and it’s taught me a lot. I’ve learned from the England coaches, such as Amanda Coulson and Mick Driscoll, and taken what they’ve told me back to my own gym to work on with my coach, Sean Ross.

“I’m really looking forward to the Juniors and hopefully I can do well enough to be selected for England again.”

Dhesi, who will box at the Under 50kg weight category in South Yorkshire, was inspired to take up boxing after watching Luke Campbell – from her home city of Hull – win Olympic gold at the 2012 London Olympics.

Having now boxed for around three years herself, she would love to go on and emulate him by reaching the top step of the podium at that event one day in the future.

She said: “I saw boxing on TV and that’s when I thought I’d liked to do it.

“My dream one day is to win a gold medal at the Olympics and be like Luke and Nicola Adams.” 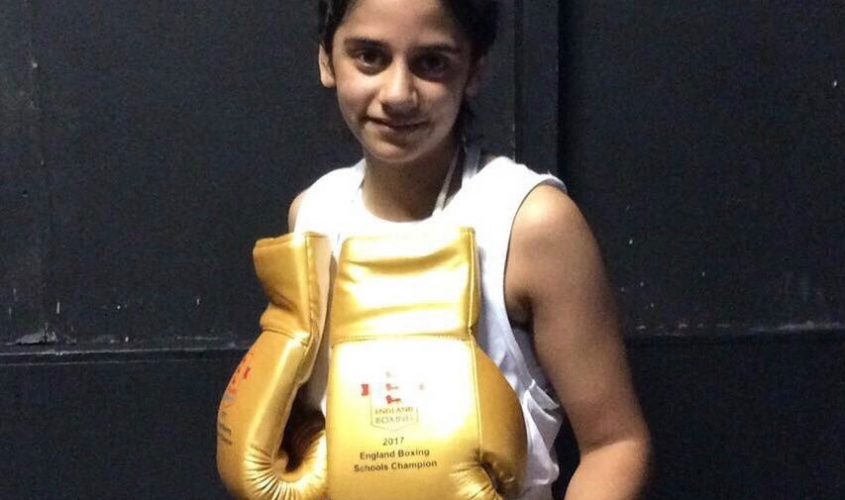 Coach Ross, a former boxer himself, knows talent when he sees it and is tipping his charge to take the step up in her stride.

He has been extremely impressed with the teenager’s meticulous approach to her training and preparation, which has helped her win titles in Slovakian tournaments and a silver medal in Ireland.

“Charan is a definitely a boxer who could go further and has really thrived since she started, with an ability to learn very quickly,” he said.

“She is very dedicated to her sport, with superb discipline – she is very professional and like a true athlete.

“I was lucky enough to go out to Bulgaria with her as she worked with the England coaches and she really came on well with them.

“It was great to see that some of the things the England coaches wanted we are already doing in our gym, but the experience has definitely helped her, and she has great parents supporting her too.

“It’s fantastic that she has someone like Luke to look up to – he really put boxing on the map in our city – because every sport needs their role models, especially when they are close to home.

“For now, the goal is to do well at the England Boxing National Junior Championships and hopefully that will give her the chance to go to the European Championships in Romania in May. Women’s boxing is on the up and Charan is proof of that.”