You are here: Home / Case Studies / Billingham establishing itself as community asset

Less than a year after opening its doors, Billingham Boxing Club has moved to a new premises, expanded its membership base from six to 160 and begun in earnest to reach out the community it serves.

The club has established a headquarters inside a shopping precinct, revamping a large shop into their gym with the help of a Sport England small grant.

It has also recently secured a grant for equipment from the Maverick Stars Trust to buy new equipment for their all-inclusive class, where parents and carers are encouraged to join in with the children.

People with a wide range of disabilities are welcomed, with the majority who currently attend being autistic.

The Maverick Stars Trust also pledged money towards the club’s Fit and Fed Project, which aimed to ensure youngsters did not go hungry over the Christmas holidays.

Among other regular classes on offer include those for dads and lads, mothers and daughters, women-only, box and burn and community drop-in. 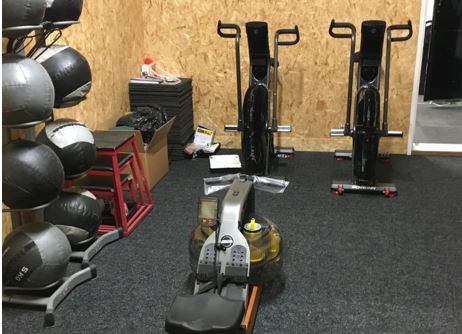 Already there has been evidence of a reduction in crime in the area while the club has been Approached by the local council to work at local schools, community centres and with young offenders.

A first club competition has been planned for this month.

“Adrian Worth and his coaches are doing a fantastic job and trying to engage the whole community,” said England Boxing’s Club Support Officer for the north, which includes Tyne Tees and Wear, Laura Sargeant.

“I had the pleasure of attending an all-inclusive class just before Christmas where it had been arranged for pro boxer Thomas Ward to come down and ‘spar’ with the children, while a local ref attended to give the children a realistic experience, before they were then awarded a trophy.

“I was nearly brought to tears by the joy on these kids’ faces. One lad had not even been brave enough to enter the ring before but he got in and thoroughly enjoyed it then cuddled his trophy and would not put it down.

“It’s such an amazing thing they are doing and a just a lovely atmosphere in the class. Speaking to some of the parents, they are just so pleased they have somewhere their children can go and be accepted without any judgement.”

To find out more about the club go to its Facebook page or email billinghamboxingclub@gmail.com