You are here: Home / News Articles / Young boxer Kiki makes video in a bid to inspire others

Young boxer Kiki makes video in a bid to inspire others

Kiki Hickson was mocked by some of her peers when she first started training at Western Counties’ Wimborne ABC.

But the 11-year-old chose to ignore her tormentors and was rewarded in January by winning her first competitive bout and gold medal at the Golden Girls tournament in Sweden at Under 28kg.

Now the talented youngster has edited together clips from her pre-lockdown training and trip to Scandinavia in a bid to show others what can be achieved if they put their minds to it.

“Kiki was diagnosed with ADHD from quite young age and tried a whole host of sports and activities, including gymnastics, dancing and singing, but she could never find anything she truly liked until she tried boxing through school,” said mum Jaye.

“One of the coaches suggested she had potential and that she should join and she has been boxing for a year – and absolutely loves it.

“I would have never have said that it would be something I thought she would get into and be good at, but she’s really taken to it.

“It was fantastic for her to win her first Schools bout – she never had a skills bout beforehand, but the coaches were confident she was good enough – and get a gold medal for beating an Irish girl on a unanimous decision.

“When she showed me the video she had made, and told me why she’d made it, I was very proud of her. She doesn’t care what other people think and is pleased to prove people wrong. She just wants people to pursue their dreams and not be put off.”

Kiki’s taste of success came not long before the Coronavirus lockdown, but she is hoping to secure more bouts once the UK government allow a return to pad work, sparring and competition.

Dave Rimmer, Head Coach at Wimborne, added: “Kiki has made great progress and it was great experience for her to box and win in Sweden.

“She was understandably nervous about her first bout, but she’s a confident girl too and after a close first round she took command in the second half of the bout.

“For her to make this video is brilliant. It says to girls around the country that if you want to try boxing or anything else, then go for it and don’t worry what anyone else thinks.

“I would encourage any girl who wants to give boxing a go to go along to their local club and enjoy it.” 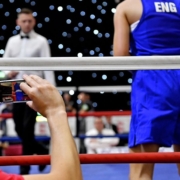 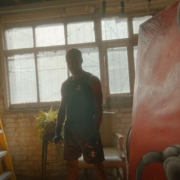 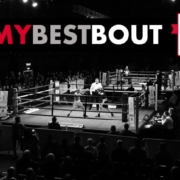 #MyBestBout - send us your videos 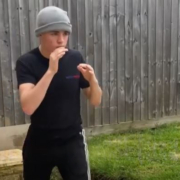 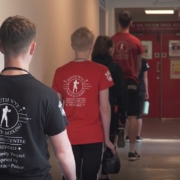 Clubs and Members welcomed to the new 2020-21 season