Torbay ABC were delighted to keep the Riviera Gold Cup on home soil for the second year in a row – but they were pushed all the way in their bid to do so.

The competition is open to teams who enter the annual Riviera Box Cup – this year held on the Devon Coast last weekend (Saturday 14th and Sunday 15th August) – in what was one of the first major multi-club events to be staged since Coronavirus restrictions eased.

Contested by Junior, Youth and Senior boxers, a total of 57 England Boxing Clubs descended on the English Riviera to take part, with 105 ultra-competitive bouts in the bod to secure a coveted gold medal.

And going into the final bout of the day, White Hart Lane were leading the medal table closely followed by Torbay ABC, meaning that the local club needed victory from their boxer, Terry Hazlewood, in his Under 81kg Novice group bout against St Ives BA’s Dave Nicoll to leapfrog their rivals.

If Torbay won they would draw level on golds with White Hart Lane then it would be decided on the silver and bronze medal count, where the Devonians held the edge.

Hazlewood started the first round quickly, working off the jab keeping the pressure on for the full three minutes.

Round two saw the St Ives representative come out swinging, knowing he was a round down but Hazlewood’s footwork kept him out of danger and up on the scorecards with his counterpunching skills.

Round three saw box boxers battling it out to the final bell, much to the delight of the capacity crowd at the Acorn Centre venue.

After three very competitive rounds, Hazlewood was announced the winner by a unanimous decision putting Torbay ABC back at the top of the medal table and ensuring Torbay retained the Riviera Gold Cup. 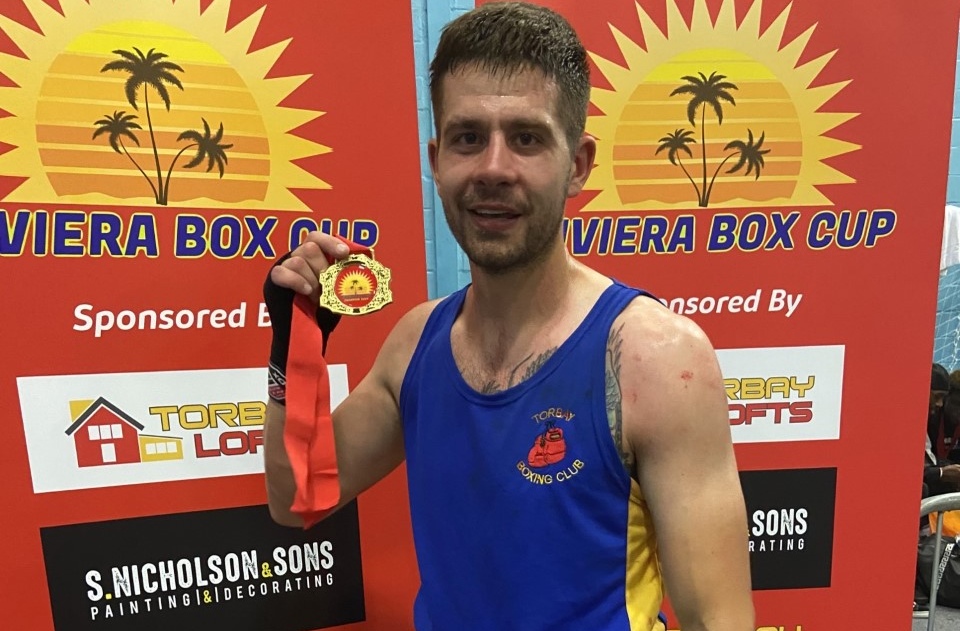