After the AIBA technical rules came into effect in England on 1st January 2014, England Boxing wants to ensure that its members have a clear understanding of how the rules affect them.

Below are some of the most frequently asked questions we have received so far, along with answers. If you have a question that is not answered below, please email it to enquiries@www.englandboxing.org

You can find the full AIBA rules here.

Q: Is this rule mirrored at federation level that any ex-professional boxer is not allowed to compete within England Boxing?

Q: Is the rule that the medical examination is to be performed before the weigh-in, to be implemented throughout all regional club shows?

A: No. There must be a medical, but it can take place after the weigh-in if necessary.

Q: Is the current five-year medical scheme with mandatory annual participation staying in place for the immediate future?

A: All boxers must have an annual medical.

Q: Is the mandatory 12 hour rest period for a boxer between 2 contests to be implemented in domestic championships?

A: Yes – all championships at every level.

Q: Are AM/PRO coaches now not permitted to do corner in domestic championships/club shows?

A: There has been communication on this topic. No change during this season and further information will follow.

Q: Do the rules relating to the boxing ring (i.e. label and dimensions) apply to domestic championships/club shows?

A:  They apply to all domestic championships but practicalities will dictate. 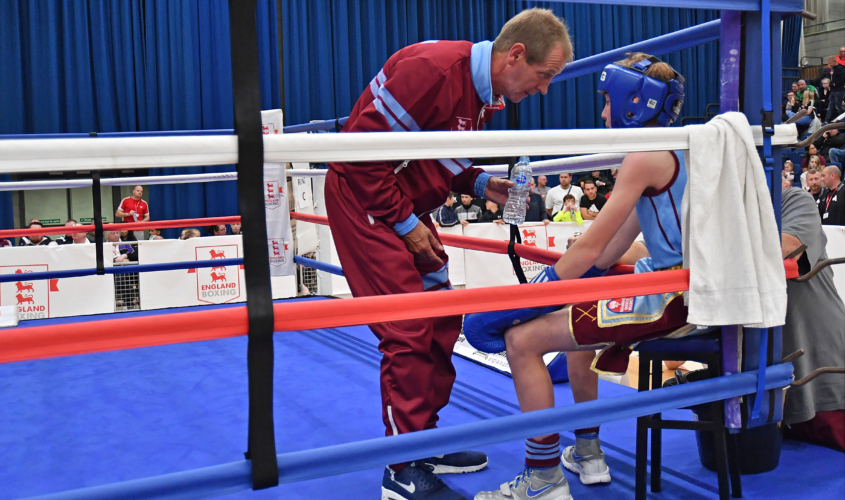 Q: Does the weigh-in need to be conducted by officials of the same gender at domestic championships/club shows?

A: No, but this is preferable.

Q: What is the age at which a boxer must stop competing, under AIBA rules?

A: The current cut-off for boxing at the age of 40 is 31st December of the same year that they have their 40th birthday

Q: On club shows, does the 12-month age difference still to apply to all boxers under the age of 19, or can they box within the age groups as per international tournaments?

A: We should keep to the 12 months, outside of international tournaments.

Q: Are ‘masters’ boxers now classed as mainstream boxers and can participate against any boxer from 19 years and above? 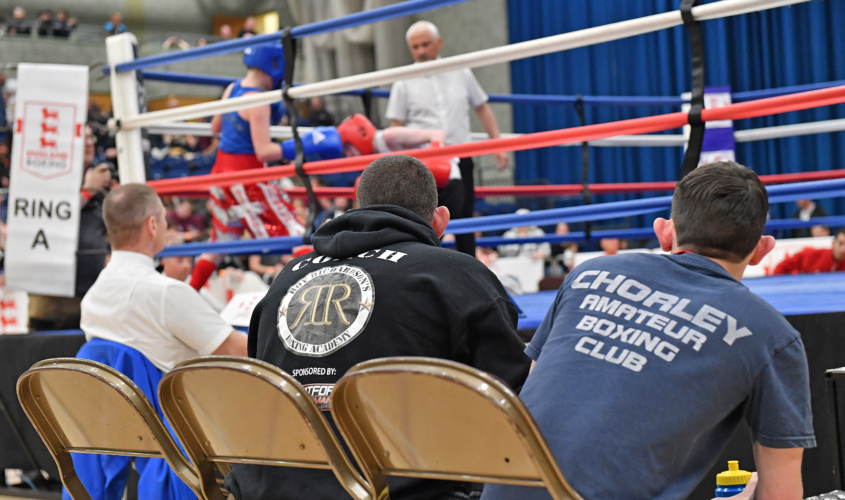 Q: Are the 12oz gloves for all 69kg+ boxers who are 19+ years old or just for boxers who don’t wear head guards?

Q: For club shows, am I right in assuming that the 10/9 scoring system is to be in place and that it will be run with 3 judges?

A: Yes. It should be 3 judges for club shows.

Q: On club shows, does the MC, when introducing the boxers, announce the boxer’s records as per AIBA’s rule?

Q: Do Elite Senior boxers do 3 x 3 minute rounds (as in Novice Box Cup tournaments) in Europe at club shows?

Q: Is it possible to replace injured winners with/re-entering losing boxers in championships?

A: In the case of championships – EB NAC, EB Youth & EB Junior (both male & female) – A boxer who has lost cannot be re-entered if the winning opponent is unable to proceed to the next stage for any reason.

In the case of all other championships – The losing boxer may replace the winning boxer, should he be unable to proceed to the next stage due to sickness or injury.

Q: What equip,ent has been passed as fit to use at Championships and club level?